Read All About The Guardian 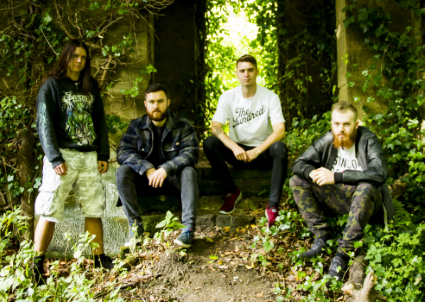 North East boys to release their debut next year

Coming at you from Northumberland and comprising of Matthew Hall (Vocals), Zac Yates (Guitar), Cory Young (Bass) and Joshua Stephen (Drums), Brit metal combo ‘Guardian’ spit out relentless riffs, hard-hitting breakdowns, and ferocious blast sections laced with inventive guitar work. Drawing from a variety of influences, from classic titans such as ‘Pantera’ and ‘Machine Head’, though to contemporary heavyweights ‘Whitechapel’ and ‘Parkway Drive’, ‘Guardian’ are quickly amassing an army of followers and it won’t be long until they break out to the national scene.

The Northern riff slingers have been described as ‘Metalcore’, but as you peel back the layers, you can clearly see that there is more diversity to this band than meets the eye. Guardian are a metal band and they thrive on delivering elephantine riffs and heavy music. Their debut EP ‘Tyrants’, which was released in 2014, rings true to the quartet’s DIY approach;  the record was self-mixed, produced and mastered entirely by the studious metallers. The EP picked up extensive underground coverage, as well as national attention from Rock Sound, prompting the publication to feature Guardian inside the magazine, as well as having the self-titled track from the EP lifted onto their cover CD. 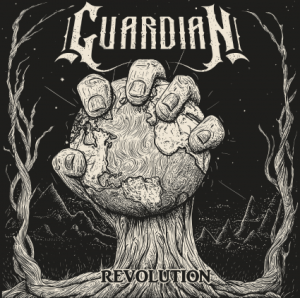 Guardian supported the EP with a full touring schedule, undertaking a month long European jaunt with Mexican Deathcore crew ‘Frozen Remains’. The tour was a huge success and saw the band play dates throughout Spain, Belgium, Holland, Germany, Czech Republic and Poland. Never ones to sit on their hands, the northern metal merchants continued to play a string of sweat-drenched shows throughout the UK, as they began to cement plans for their new album, ‘Revolution’.

Their debut full length ‘Revolution’ is a stunning piece of modern metal.  The record oozes a collection of cuts that entwine technical guitar passages with bone-crushing breakdowns. It’s a very impressive album that has enough power and precision to level an apartment block. With a lyrical focus centring on the balance of life and nature, and an emphasis on the unsustainable damage that humans are inflicting on our planet, Guardian are a band that do things differently and even their lyrical output and artwork reinforces this belief. There’s nothing stopping Guardian from earning a prominent place within the UK Metal hierarchy; just watch them soar.