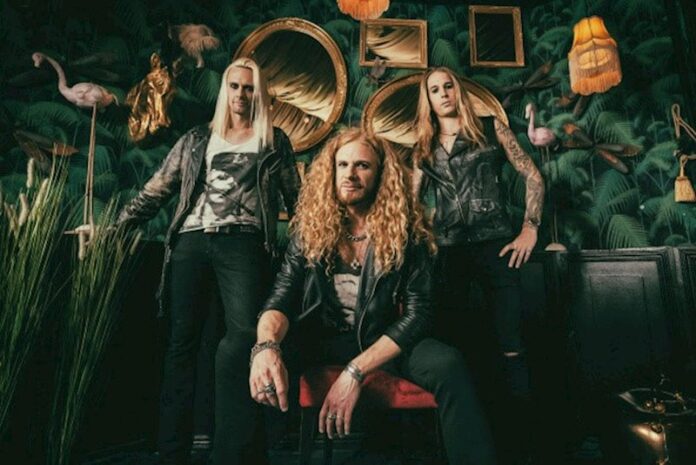 DEAF RAT release their cover and video of Hozier’s ‘Take Me To Church‘, out now on AFM Records.

Check out the video here: https://www.youtube.com/watch?v=c8Sdvdw1New

Following their much acclaimed, 2019-debut Ban The Light (AFM Records), Swedish hard rock act sensation DEAF RAT has released a new single and music video, for an enthralling cover version of ‘Take Me To Church’!

Featuring members hailing from various angles within the hard rock scene, the Dalarna-based band fills up the cracks in the ageing concrete between old school and modern hard rock with a lot of dirt, darkness and melody. DEAF RAT opens the curtain on a sinister but tempting stage set from a dark musical with massive guitar riffs and strong melodies. With Ban The Light, DEAF RAT took the heavy rock world by storm; one can only hope, their new single marks a first harbinger of a new album to be released in the not so distant future.

While covering Hozier’s gospel pop anthem ‘Take Me To Church’, DEAF RAT stripped down the original song to its bare bones and then built their own, heavy Frankenstein body around it.

“Take Me To Church‘ was recorded a while back in between touring and album recordings,” says charismatic frontman Frankie Rich. “We let ourselves go in a direction where we had not gone before and the result became somewhat different from what we’re used to. Aaaaand the video…. Well…. Don’t think you will be disappointed.”

SUPPORTING JUDAS PRIEST
DEAF RAT was born rock, and is, in the truest sense of the word, one of Sweden’s most explosive live acts.
News of their impressive, high voltage stage prowess quickly reached the top, culminating with DEAF RAT receiving the highest honour: an invitation from none other than heavy metal icons JUDAS PRIEST to appear as special guest at the spectacular outdoor arena Dalhalla in Rättvik, Sweden, on June 11, 2022.