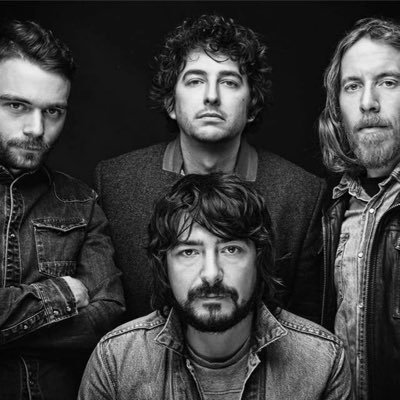 Brilliant Londoners on vinyl releases, nosebleeds north of Watford and taking the Tories to task

On the record itself, you must be really pleased with the praise it has received?

Yeah, naturally its nice when people like what you do, and it’s weird to hear what people make of your music – how they interpret the songs and react to the music. Feels like we’re behind the stage in a freak show and listening into the audience gasping at the wolf boy, or the (44 Stone) Elephant Woman with a beard.

Not being musically talented, I don’t really understand studio technology, so tell us a little about why it was recorded in the way it was, was that always planned?

We recorded on Analogue equipment and down on tape because it sounded better – we’d had a few less than desirable experiences with thin, condensed digital recordings that didn’t suit our live feel and wanted to try something new (or should I say, old). After that we embraced the whole ethos of a finite amount of tape – restricting our songs to suit the media – to condense the punch and squeeze the best out the album.

And on a similar theme, where do all the disparate influences come from? Again was that planned?

Like most bands, the influences come from our backgrounds as listeners and players – Blues, Country, Folk- Rock and Roll has all these elements, you don’t plan it like that, you just play what you play and it clicks into place. Like four mechanical robot boys made of guitar strings and studio invoices in a triangle formation riding on the back of a Triumph Motorcycle.

There’s a vinyl release now. It seems the type of record that always needed to be heard on vinyl, do those things matter to you?

When we made the album we knew what format we were working with – how many songs you can fit on each side – the interval when the record is picked up and turned over for side two and how that affects the context and order of play. In a culture of 99 pence single downloads where sound quality matters little and hearing a full album matters less, were pushing the other way. We want people to engage with what we’re doing, to think about the quality of what they’re buying and to give their ears something solid.

Moving on: What next, how do you plan to capitalise on the momentum?

I don’t know about ‘capitalise’- sounds much to business like to me. We’re gaining momentum with radio interviews and airplay across the country…even the French are having a go on it which is exciting. I like France.

The classic rock market, lets say, is crowded right now. How difficult is it to get the record heard?

We haven’t found it difficult at all –, lots of airplay as I mentioned before. I don’t know about a ‘Classic Rock’ market, There’s plenty on that album that doesn’t fit into that pot of sticklebricks. We’re doing what we do, first and last – the audience comes after. That’s the difference between Rock & Roll and Pop music, between Fashion and Art.

You made 44 Stone Jenny a free download. For a band who recorded on vintage equipment, is that something – the mixing of old and new – that you enjoy or is it a necessary evil?

We’re not music Nazis when it comes to sound quality, media or technology, the first thing is for the music to be heard, (that’s when the trendy, skinny jeaned brigade advise how to put out downloads and go on Itunes). I’d hope that having given the audience a taste, they’d come back and buy the whole fucking pie.

Live performances, do you hope to tour the album extensively?

We hold a steady residency at ‘Grow’ in Hackney Wick and have gigs coming up alongside. Currently looking to do a UK tour with dates to be announced soon, but Pat gets a nose bleed north of Watford…

Band wise, were already booked into get the second album down, so maybe Mollys Daggers the 3rd?.

Let’s see, an improved deterrent to our anti-European bullshit political contingent would be nice, a stronger repost to our Tory government, a new bacterial germ pumping gun to wipe the race of celebrities from the face of the earth, oh, and a new spare tire for Pat Gavrilovics shitty Vauxhall.

And finally:  Are there any bands that you’ve played with that you’d like to give a mention to.

Shout out to the Dublo, The Excellos, (anyone else boys…?)