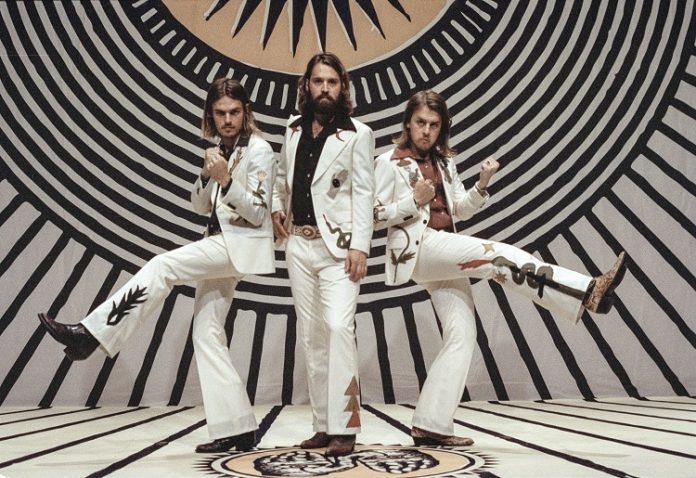 Recorded for just $50, the new DeWolff album, out now on Mascot Records sounds like a million dollars. Raw, and primal it is the work of men that want to take the classic sound and bend the rules.

They do, though, have a love of the greats, so much so, that when we asked drummer Luka Van de Poel for his favourite Deep Purple songs, he was only too happy to oblige!

1. Highway Star (Made in Japan)

Since we’re teenagers we’re the biggest admirers of Deep Purple’s Made in Japan. It’s still one of the best live albums ever.
The album kicks off with this high energy version of Highway star. A songs we’ve tried playing live multiple times, but these guys were so good.. It’s hard to match.
I think they did a wonderful job back then capturing this live energy and outrageous stage volume on a record. It sounds crisp, clear and heavy! Compared to this version the album version sounds just dull.

Again, we prefer the live version over the studio version. Man, that organ intro is crazy! The way Jon Lord goes from this heavy, screaming ring modulator sound to this super groovy and soulful part, taking the volume down to give Richie al the space he needs to built up the main riff of the song. And then it just explodes. It’s the proof that it’s always better to play your songs faster in a live situation.
What I love about this songs is the fact that the intro is about 6 minutes, before the vocals start. ain’t that cool? It has a very good dynamic effect. and then the organ/guitar solo.. I mean, those dynamics! It’s crazy how good it is.

We’re taking the tempo down a bit with this ‘easy’ song. Originally from Joe South, a songwriter from Atlanta, Georgia whose version is also pretty cool (but it lacks Hammond organ of course)
This is probably one of the first songs I heard from Deep Purple, always believing they had written the song. It’s just a very good song, and takes me back to my childhood and the times I was on my bike cycling to school while listening to Deep Purple on my Minidisc player.

Woahh, what a way to start a record! We always do this when we kick of our live shows, just blow the audience away with noise and energy, before we start playing the first tune. And then.. Little Richard on steroids. I love it!
Strangely, I like the album version better than the Live in Japan version. It sounds better, clearer and is more dynamic. Love the drumsound!

Crazy how they managed to turn a pretty straight forward 4:30 minute rock song into a 20 (!) minute rock epos. Man, this is Ian Paice and Roger Glover at their best! Ian is just ascending to higher worlds. And then this epic organ solo (we literally copied that in a live version of one of our new songs “Awesomeness of Love”). It shows how much Deep Purple is still an inspiration for us.  Ever since the beginning of DeWolff we’ve been admiring this band. Robin recently started using a Marshall amp next to his Leslie speaker to get that heavy Jon Lord sound.
We also have so much respect for they ability to play with dynamics, it’s something you don’t see anymore in rock music these days.
And then when the song ends.. The quietness.. The audience just can’t believe what had just happened to them. They’re literally blown away, deaf, blind, stoned, whatever. I wish I was there! With earplugs though!
Pic by Satellite June