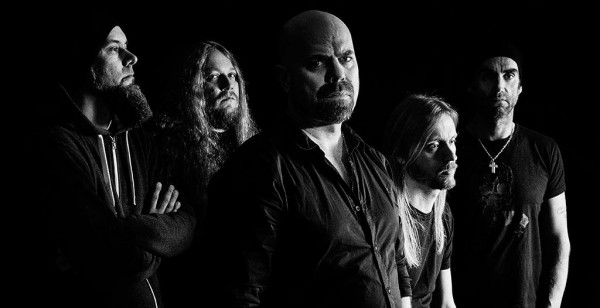 As Sorcerer prepare to release their incredible debut some 20 odd years after forming the band, the band’s bass player Johnny Hagel tells us why he’s not afraid of a ten minute song

So, the new album is due to drop. It’s been quite a journey, tell us about it….

You can really talk about destiny and small things that make things change fast. We got a mail from Oliver Weinsheimer (Hammer of Doom Festival/Keep It True Festival) who asked if we could play the Hammer of Doom festival.

This was in 2011. I called up Anders Engberg (singer) who was the only one I had contact with since the ”old” days. We talked about it for a while and we weren’t really up for it [initially] but decided that we should think about it for some days.

After a couple of days I called him and we decided to do it. We really tried to get hold of the other members but didn’t have any luck with that so we decided to look for some other musicians. So a big thanks to Oliver.

The epic feel to the tracks, something that comes naturally to you as a band?

Yes, the epic feel and the heaviness is something that is like a trademark for Sorcerer. We are not afraid of writing 10 minute songs if that is what is needed for the song to be good. Sorcerer will never be a ”radio-friendly” band and compromise with our music. I hope all bands thinks so but i am not really sure…..

“….Inverted Cross” is coming out on a new label. When the signing to Metal Blade was announced you spoke about your delight at working with a label that contained so many influences for you. Is that weight of history something you were thinking about during the writing and recording process?

No, when I write songs I never think about if a label or someone else will like it. If i like it, then it is good enough. Another thing is that when we wrote and recorded the album we hadn’t sign to Metal Blade yet.

What of your future plans? Is Sorcerer now an on-going project
We are bookings gigs for the autumn and winter right now. We were too late for the summer festivals this year but we are looking forward to next years festivals. Then you never know what comes your way regarding touring.

Another thing is that we will start writing new music in the meantime because that is something that takes time an energy if you want the songs to be good enough. We will release more albums, that is a promise.

Following on from that, the wait for the next album, it’s not going to be 20 plus years is it!?

No it won´t. We were so inspired recording and writing for this album that i can´t imagine that is going to take another 20 years.

Doom and classic sounding metal seems to be undergoing a real renaissance at the moment, why do think that is?

No idea. Music styles goes in circles and maybe it is time for some heavy doomy bands now or maybe it is just the fact that there is a lot of good album coming out. Who knows ?

Finally, as you guys are steeped in metal, tell us about any bands that we might not know that we should be looking out for?

Right now I listen a lot of the new Crypt of Sermon album. Great epic doom with god songs. I also discovered a band called Elder which is more towards the style of Earth. Then I love The Skull album that came out last year. I actually prefer them to the latest Trouble.

The “In The Shadow Of The Inverted Cross” album is out now. Trust us, its brilliant! Click here to buy