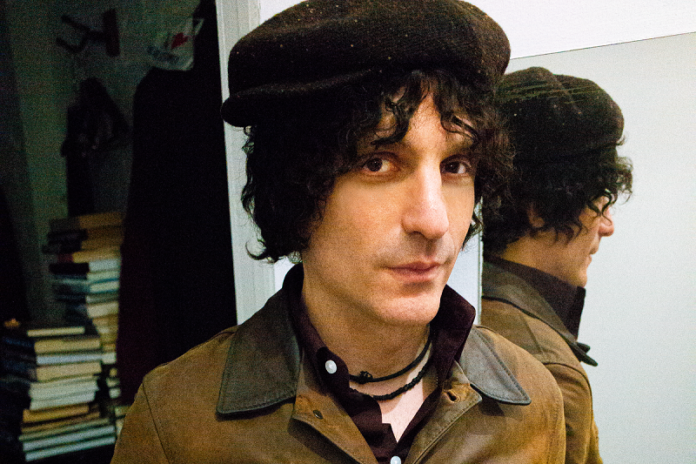 New York based singer-songwriter Jesse Malin has today shared a new video for the re-recording of ‘Xmas, etc’ from the upcoming 20th anniversary expanded reissue of his debut album, ‘The Fine Art Of Self Destruction’. Directed by Dave Stekert, the clip was filmed around New York City with actor Jeffries Thaiss and can be seen HERE.

“‘Xmas, etc’ is a tale of regret and isolation,” says Malin. “Feeling alone and disconnected while everyone else seems to be loved and having a good time. When you know you messed up and can only hope for a better one next year.”

‘The Fine Art Of Self Destruction’ is out on 17th February 2023 via One Little Independent and includes a re-recorded, reimagined version of the entire album along with the original LP. “It wasn’t named for drug or alcohol abuse,” he explains. “It was more about a personal wreckage when I looked back on my life, from my parents’ divorce to failed relationships, broken up bands, dropping out of school, crashing cars, breaking things. It was more of a spiritual journey in some sense. This record is definitely one of my favourites.”

Re-recorded with Malin’s longtime band, the bonus material was produced by Derek Cruz and engineered by Geoff Sanoff, who also worked on Malin’s more recent ‘Sunset Kids’ and ‘Sad And Beautiful World’ albums.

Malin arrives in the UK in mid-February to begin a European tour promoting this reissue, before returning to New York to perform at Webster Hall, where his special guests will include Tommy Stinson (who also guests on the European dates), Lucinda Williams, Butch Walker, Cait O’Riordan (The Pogues), Catherine Popper, Adam Weiner (Low Cut Connie), opener Fantastic Cat, plus more surprises to be announced. The European tour dates are listed below.

re-recorded version of song included on
THE FINE ART OF SELF DESTRUCTION
(20th Anniversary expanded edition)
2xLP  |  digital
out 17.02.23
(One Little Independent)
inc. bonus LP of the entire album reimagined and re-recorded
pre-order/save