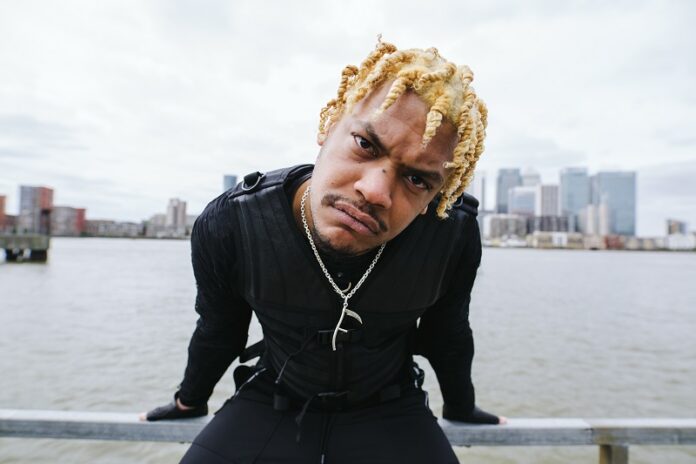 Following the earth-shattering impact of KID BOOKIE’s first single ‘Game’ (featuring Corey Taylor), today another piece of the meticulous puzzle is revealed in the form of second single ‘Let It Ring’.

Alongside the new single comes the announcement of KID BOOKIE’s brand new EP ‘Mass Hysteria’, out October 7th via Marshall Records. Produced, mixed and mastered by Billy Martin (Good Charlotte) the EP features seven brand new tracks that are quintessentially KID BOOKIE and promise to be another facet of this unique artist’s style.

Whereas previously the focus of ‘Game’ was understanding the nature of reality, with nods to a Sci-Fi classic, ‘Let It Ring’ looks towards the idea of communication in the modern world. The video, created by Escape The Box Audio Visual, brings the frightening context of Stephen King’s ‘Cell’ to life and features a guest vocal performance from Ziey Kizzy.

KID BOOKIE states regarding the single:

” ‘Let It Ring’ is a song for the completely fed up, whether it’s friend or foe, those who stand in our way to test our patience, over and over again. Whether we use foreign instruments to solve those problems or the innate desire to explode on those who try to press us, this song acts as an anthem to bring that prowess that you are holding back to fruition. Tell the rest to go fuck themselves.”

Here once again to change the ‘game’, KID BOOKIE brings a sharpened and further refined edge to his songwriting. Whether it is the machine gun spray of his lyrics or the inescapable earworm of ‘Game’s chorus. With hooks bigger than Candyman and a sound just as deadly as the villain, KID BOOKIE once more elevates himself to be the leader of the pack in an alternative world that is his for the taking.

Regarding the EP KID BOOKIE had the following to say:

” ‘Mass Hysteria’ is a piece of my heart captured within the sonic pallet I like to paint with. Loud, concentrated but with my spin, Bookie’s spin, a nod to sounds I love and will continue to keep on evolving with.”

Prior to the EP’s release KID BOOKIE will be heading out on tour as main support to Cassyette. The dates of which are as follows.