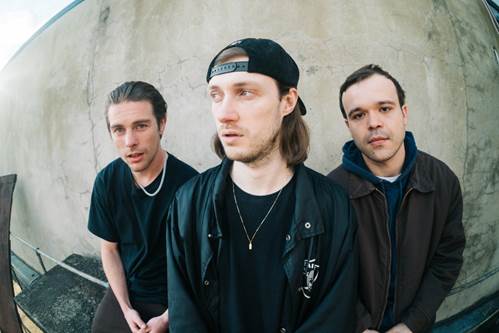 North London 3-piece, PUPPY, mark the arrival of spring on the Northern Hemisphere with a video for newly recorded track, ‘Beast’. The video dropped at the very moment in which the plane of Earth’s equator passed through the centre of the Sun (commonly known as the Vernal Equinox), and can be enjoyed by all.

The video for ‘Beast’ was made by PUPPY drummer Billy Howard.

‘Beast’ will be added to the band’s most recent five-track ‘Vol. II’ EP, which will be re-released this summer in re-mastered form with new artwork and a tweaked title.

This re-worked EP will mark the first PUPPY release (on 12” vinyl, CD & download) under their freshly-inked worldwide deal with Spinefarm Records.

PUPPY says: “We couldn’t be more pleased to be working with the guys over at Spinefarm, and for a company of their calibre to be involved with us is a bit of a dream come true. Being able to say we’re on the same label as some killer bands we’re really into still feels mad when we stop and think about it, but more than anything, it’s a real honour. We are so stoked, my dudes.”

Head of A&R UK, Dante Bonutto adds: “For me, the best bands operate on different levels – there’s the songs, of course, but behind that a way of seeing the world, a singular vision that informs both music and visuals. From the first time we met the guys in Puppy and heard their music, we were drawn into their world, their vision, and knew we wanted to bring that world to Spinefarm.”

Meanwhile, on the live front, PUPPY have now been announced as main support to CKY across 7-dates of their May UK tour. Those dates, as well as details of PUPPY’s fast approaching UK/ Euro tour with Creeper, are listed below…

UK dates in support of Creeper:-

UK dates in support of CKY:-

In addition to this, you can catch PUPPY across a spectrum of UK festivals this spring/summer, with the following appearances already announced:-

PUPPY vybes from spring through to summer, FOREVER!