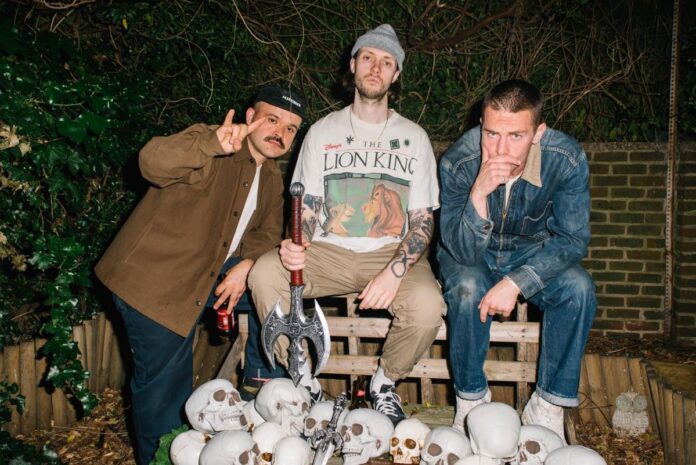 Watch the incredible, brand new video for ‘The Kiss’, created and
directed by Jacek Smarz and PUPPY – HERE
Listen/stream the track – HERE

Written and produced by the band, singer/guitarist Jock Norton explains a little bit about the song – “The Kiss” actually and came out of songwriting sessions for our first album The Goat. For whatever reason it was left by the wayside, but when we started recording new material across the last year or so we decided to try laying down a proper version of it just to see how it would sound (and because we were too lazy to come up with any new songs). What we ended up with sounded way better than the acoustic version Billy had on his phone from 4 years ago, so at a vote of 2 to 1 (sorry Bill) we decided to release the new one. We hope you enjoy it.”Explaining a bit about the wonderful video for ‘The Kiss’, drummer Billy Howard says: –  “We teamed up with Jacek Smarz, a mysterious and enigmatic long term friend of the band, who created the batshit animations that serve as a pretty good visual representation of where our heads were at when we were recording the music. It’s the first time we’ve shared creative duties on a video with someone not in the band, and we are shocked and horrified to find the amazing difference it makes when you hand over control to someone actually knows what they’re doing.”

Live wise, the London 3 piece also have a full set of UK headline dates announced and on sale now. The band will start off in Bristol on the 12th December, before hitting up Southampton, Leeds, Leicester, Manchester and finally, London at The Garage on the 17th December. Support on all dates comes from the hugely exciting Inhuman Nature, with Gender Roles also added as main support in London.

ALL of the PUPPY UK headline shows:

TICKET LINK FOR ALL SHOWS – HERE

‘The Kiss’ follow the bands recent single ‘Angel’, as well as their three back to back, sold out live shows at the incredible Signature Brewery in East London (in June), in between their time in the studio working on new music. Look out for some 2022 festival announcements soon.
PUPPY are:
Jock Norton – Guitars, Vocals
Billy Howard – Drums
Will Michael – Bass, Vocals