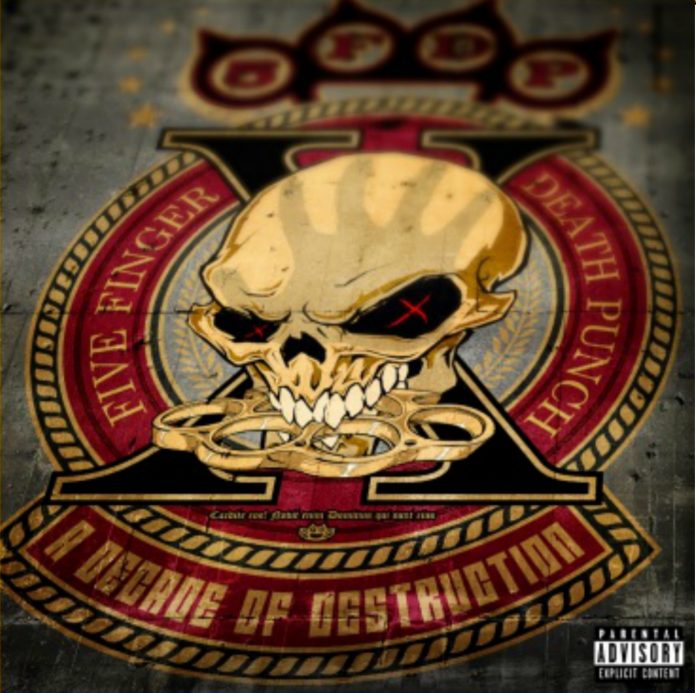 The compilation will include two new tracks – the first new music the band has released in over 2 years.  Pre-Order the collection now! https://ffdp.tmstor.es/

In conjunction with today’s announcement, the rock juggernauts have released one of the new tracks from the album, titled “Trouble.” PRESS HERE to purchase via iTunes and stream on Spotify and Apple Music.

Five Finger Death Punch are also thrilled to announce that they will be releasing their 7th full-length studio album in spring 2018 via Prospect Park Records in North America and Eleven Seven Music internationally. The album follows their critically acclaimed 2015 chart-topping hit album Got Your Six, which featured #1 single “Wash It All Away” and was certified gold in 2016.
The band is currently preparing to embark on the biggest European arena rock tour of Fall 2017. They’ll be on the road co-headlining with In Flames and special guests Of Mice & Men. Full tour routing can be found below. For more information, tickets and VIP offerings, go to www.fivefingerdeathpunch.com.  Stay tuned for more exciting announcements in the coming weeks!
A Decade Of Destruction Track Listing