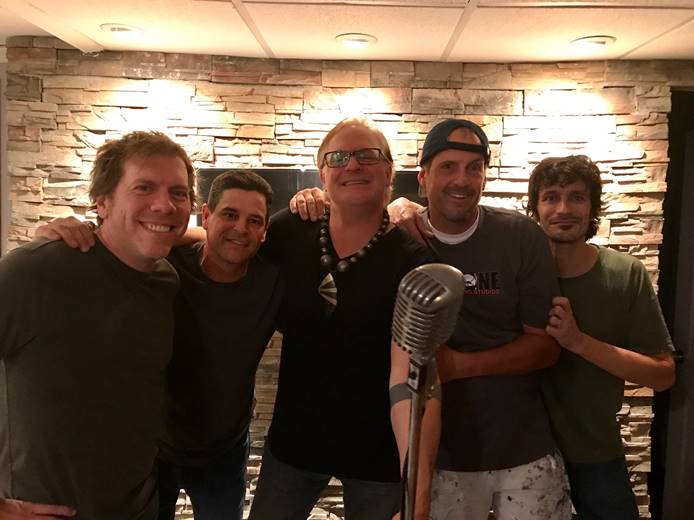 Last Crack is an unusual, almost schizophrenic band formed in 1987 in Madison, Wisconsin. Featuring a unique, highly emotional and charismatic vocalist as well as superb musicianship, they were signed to Roadrunner Records and released two full length albums: ”Sinister Funkhouse #17” and ”Burning Time” in the early nineties. The music merged accessible forms of metal with numerous other influences ranging from psychedelia, funk, punk, blues and progressive rock. A difficult band to pigeonhole characteristically, they emerged at an interesting juncture in music when punk, thrash, and hair bands were all in the mix.

Close reference points may be bands such as Faith No More, King’s X and Jane’s Addiction; although Last Crack possessed a heavier approach and were more metallic in the rhythm department even while simultaneously being more experimental. The band themselves cite acts ranging from Rush to Fear as influences on their sound.

In the midst of the cultural chaos, the band was emerging as a critically acclaimed act with the potential to become commercially successful. The combination of a music label that did not quite know how to manage such an act, and growing tensions between the singer, musicians, and management caused the group to break up only a few months after their highly praised ”Burning Time” album was released.

Since then they have reunited for landmark shows including a short tour to Iceland and the Netherlands. The band has been focused the past year with selective shows and writing. Now they are currently working to complete their long-awaited third full album at Megatone Studio in Madison where Last Crack Guitarist & Producer Paul Schluter has established himself for over a decade.

Last Crack is defined as Buddo on vocals, Paul Schluter and Don Bakken on guitars, Todd Winger on bass and Chris Havey on drums, who worked with the guitarists during their early pre-signed years. Phil Buerstatte, who played drums during the band’s signed years, passed away in 2013.

Three decades on, Last Crack has never been more focused, energized and committed to releasing new music to the world. Their new single plus a video for their song “Icicle” was released to the world on October 11th, 2017.

This is Last Crack.