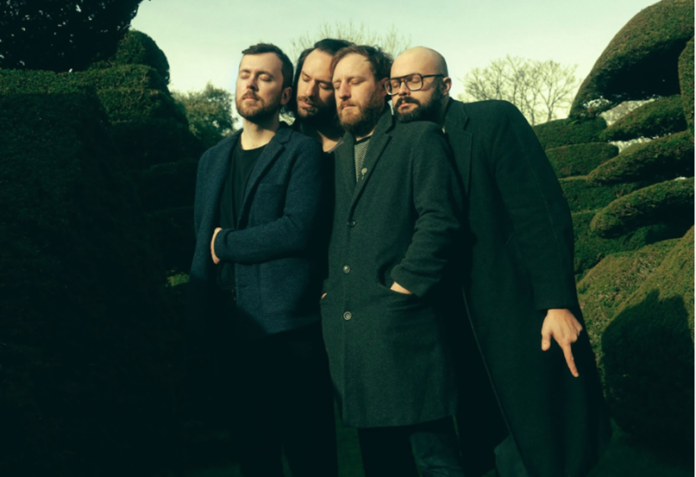 TV Priest will release My Other People, the group’s follow-up to their acclaimed debut Uppers, worldwide on June 17th 2022 from Sub Pop.

The album is available to pre-order direct from Sub Pop and also on limited edition transparent violet LP direct from Record Store HERE.

There is also a limited signed edition, each including an artwork print designed by the band’s own Charlie Drinkwater, available from Rough Trade HERE or as part of an accompanying instore performance for the album’s release day.

Today, the band is sharing the visualiser for the deeply personal “Limehouse Cut”, a new offering from My Other People and a song unlike anything to land from the band before, stark in its fractured beauty.

“The song is about a feeling dislocated and displaced in an urban space you once felt you knew and ‘understood’, however it’s also a coming to terms with an idea that you never really ‘own‘ somewhere as infinitely regenerative as a city. It’s a bit of a psycho-geographical study, a little bit of pathos at my own mortality and smallness in the great tide of history. We loved the idea of something quite abstract, something that references landscape, feels mesmeric, melancholic, a little sinister but also quite beautiful.”

The band’s previously announced UK tour to support My Other People begins Sunday, October 30th in Bristol at The Louisiana, and ends Sunday, November 13th in Brighton at Green Door Store.

Preceding these shows, TV Priest also has a series of UK in-store performances to celebrate My Other People’s release week (June 17th – 23rd), which fans can gain entry to with proof of pre-order through the participating retailers.

The band have also announced a series of UK & EU festival performances including The Great Escape and Sound City for next month, with the likes of End Of The Road and Misty Fields to follow later in the year.

Please find a current list of tour dates below.

My Other People, which features the aforementioned “Limehouse Cut” and additional highlights “One Easy Thing” and “Bury Me In My Shoes,” was produced by band member/multi-instrumentalist Nic Bueth at Studio East in London.

My Other People is now available to preorder from Sub Pop.