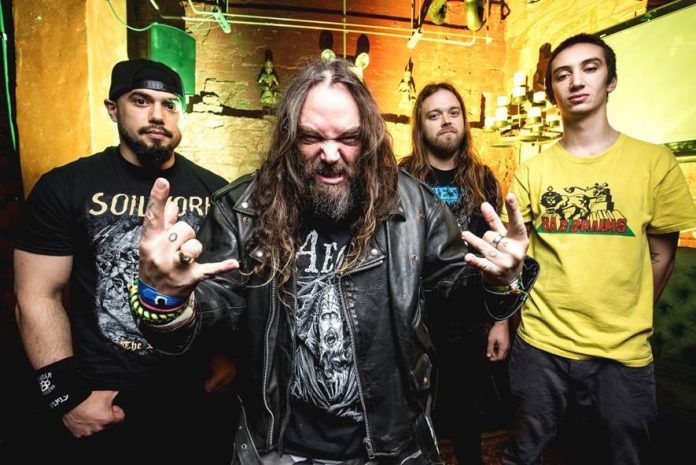 Metal icons Soulfly have announced that they will be entering the studio in January to record the follow-up to 2015’s ‘Archangel’, which will most likely be released in summer 2018 via Nuclear Blast Entertainment.

The as of yet untitled album will be recorded with Josh Wilbur who also worked with Max Cavalera‘s other band Killer Be Killed, as well as heavy-hitters Lamb Of God and Gojira.

In an interview with Backstage Axxess, Cavalera said:
“I’m actually writing right now. I’m collecting the riffs right now and getting the ideas.” and added: “I’m excited, because I think the album will have a little bit of a return to some tribal sounds that I haven’t done since ‘Prophecy’. So that’ll be cool, to return to some of that. And then the rest of the album will be a continuation of ‘Archangel’; a lot of people like ‘Archangel’. And, of course, I think that it will be also somehow be influenced by ‘Psychosis’, ’cause ‘Psychosis’ was such a cool record that I’m sure that somewhere we’ll have the influence of that on top of it too.”

In another interview with the No Limits Music Show, he explained that the next Soulfly album will be:
“deeply tribal, very spiritual. There’s a concept. I cannot tell you much about it, ’cause it’s kind of a surprise. But there is a concept behind the record, and I have not done a record with a concept like this since ‘Roots’. So this one has got the same kind of feeling that ‘Roots’ has.”

Stay tuned for more information in due course…

Max and his brother Iggor Cavalera are currently touring Europe playing the iconic Sepultura album ‘Roots’ in its entirety.

‘Archangel’ was released on August 14th 2015 via Nuclear Blast Entertainment.