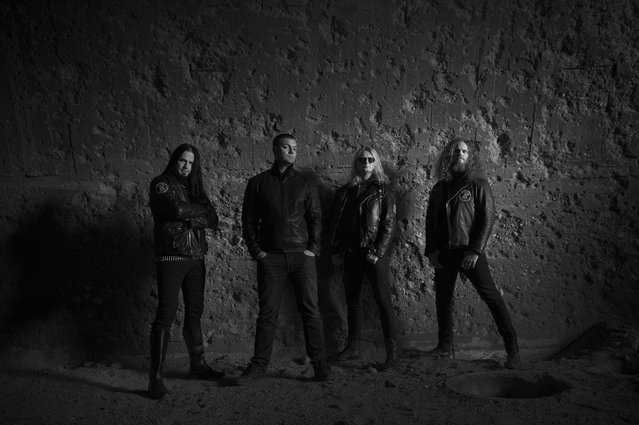 For one last time, infernal hard rockers CHROME DIVISION will let their engines roar. After 5 full-length albums and the band celebrating their 15th anniversary this year, the Norwegians led by DIMMU BORGIR’s Shagrath have decided to go out with a bang as they gear up to release their final studio effort ‘One Last Ride’! Four years after ‘Infernal Rock Eternal’, CHROME DIVISION join forces again with their first lead singer Eddie Guz and have brewed up a new masterpiece crackling with metallic energy and spinning wheels, ready to be unleashed on November 16th through Nuclear Blast.

Shagrath states:
“Finally the time is here… The Doomsday Raiders return from the wastelands for ‘One Last Ride’!
The band is super stoked & proud to announce that the 5th album is coming soon on Nuclear Blast Records; this time with the return of the original singer Eddie Guz and a guest appearance by Missselia.
Be prepared for a kick-ass ride of 13 new songs including a Spanish version for our South American fans. Doomsday Rock Legion Forever!”

Get a taste of the new album with the lyric video for the band’s first single and title track,

Available in the formats of a CD, black LP in gatefold and limited white LP in gatefold (mailorder exclusive), you can now pre-order ‘One Last Ride’ via this link: http://nblast.de/CDOneLastRide