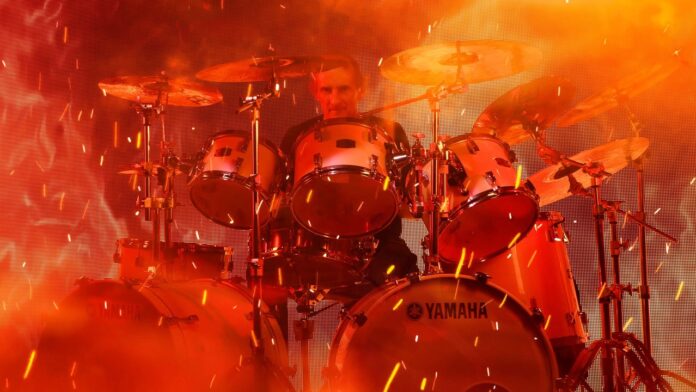 With a bond forged in youth and decades-old friendship, the undisputed masters of thrash metal released their eleventh studio album, Persona Non Grata late last year via Nuclear Blast Records. Today, the band bring the heat with a music video for ‘The Fires Of Division‘.

Gary Holt states,
“Time for our next video. This one is for ‘The Fires of Division’ and it actually has the band in it! This video was super fun to make, as it was the first time the band had gathered together in some time! And it’s also pre-order kick-off day for our new picture disc, limited to 2,800 units worldwide, and our yellow-tinted cassette limited to 300! SICK!”

Exodus are launching pre-orders for TWO new exclusive Persona Non Grata products. The first is a Picture Disk LP which will be available in US and Europe. The Picture Disc will be limited to 2,800  worldwide. The second product is a yellow tinted cassette that will only be available in the US and is limited to 300 units.

Exodus will be coming to Europe this summer for a run of killer festival dates, including a performance at Bloodstock Festival UK:

Literally translating to “an unwelcome” or “unacceptable” person, Persona Non Grata touches on themes of modern societal disgust and degradation. The band gathered at Tom Hunting‘s house in the mountains where they produced and recorded Persona Non Grata from three home-built studios. Steve Lagudi was at the helm of engineering while the band enlisted Andy Sneap of Backstage Studios to mix the album. For the third time in the band’s history, they returned to Swedish artist Par Olofsson to create the album artwork.