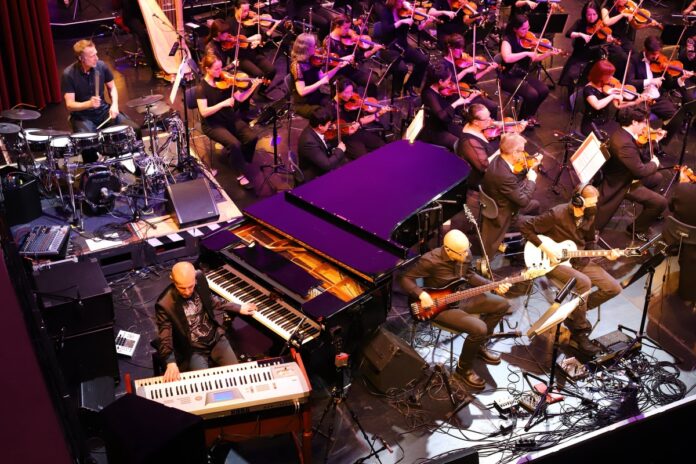 Frontiers Music Srl is pleased to announce the upcoming release of Günter Werno’s ‘Anima One’. Best known as the keyboard player in German progressive metal outfit Vanden Plas, this stunning live concert recording with The Pfalzphilharmonie Kaiserslautern sees Werno fulfil a long held desire to compose an orchestral work in the traditional format of the symphonic genre. Also featuring his Vanden Plas bandmates, it is a spectacular fusion of classical music and progressive rock.

Werno explains that “Vanden Plas had performed Jon Lord’s ‘Concerto for Group and Orchestra’ at the Fruchthalle in Kaiserslautern in January 2019. The culture officer at the venue asked if we could do something like this again, but to write an original piece instead of covering somebody else’s work. This represented a challenge as I had written orchestrations for rock and pop songs, but never for an orchestra in the classic three movement form. However, I immediately had the first tune in my head, which ultimately became the intro of the first movement, then played around with other tunes and themes to find a suitable way forward. After composing the music on piano and a sequencer program, I wrote the sheet music part by part, while seeing it unfold gave me further ideas for additional instruments and adjustments.”

He adds that “the performance on 13th May 2022 was a dream come true and a nice conclusion to an extraordinary journey for me. I hope it will be one for listeners too.”

Previous article
QUITE THE TANGENT
Next article
ONE MORE DIGRESSION