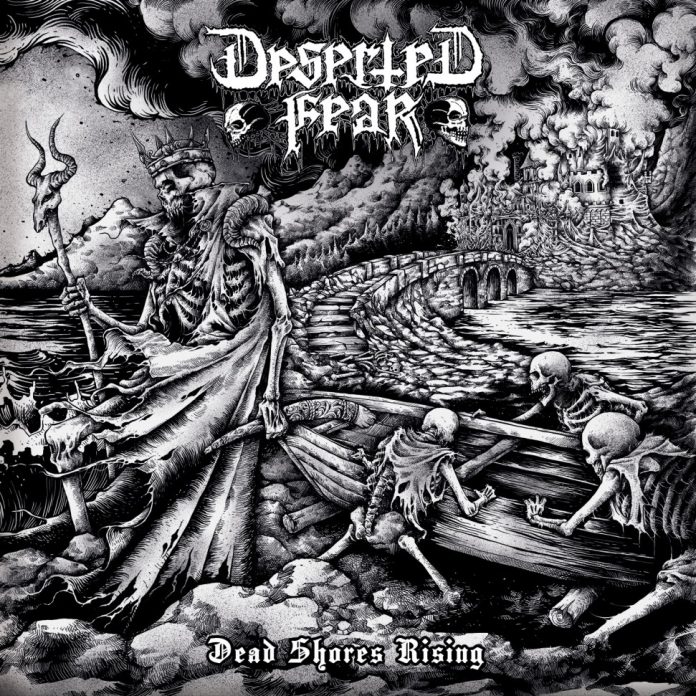 German death metal high-flyers DESERTED FEAR have revealed details for their upcoming album ‘Dead Shores Rising’, which is penned for a January 27th 2017 release via Century Media Records. The album will be available as a special Edition Digipak, Ltd. Edition Gatefold LP (includes 2 bonus tracks of which one features guest vocals of Tomas “Tompa” Lindberg / At The Gates) and as a digital album.

The band has also announced 3 official album release shows! Here are the dates:

DESERTED FEAR are crafting their vision passionately and merciless since 2008. Their debut album ‘My Empire’ (2012) blew up a lot of dust and they are on their way to become one of the most important forces in the European metal scene. DESERTED FEAR combine the sound of Swedish death metal with US old school death metal to create their very own, modern sound, without losing heaviness and authenticity.

Previous article
Airbourne Wrestle With It
Next article
Sixth Sense