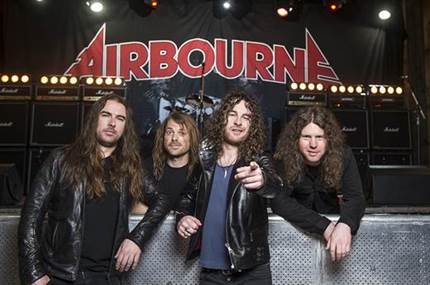 Hell in a cell gets its theme tune

Airbourne’s high-octane ‘Breakin’ Outta Hell’, which is the title track from their new album, featured as the official theme song for the recent WWE’s ‘Hell In a Cell’ event on the WWE Network.

WWE SVP and GM, WWE Music Group Neil Lawi says, “Music is a critical and emotional component of WWE, and I am proud to expand our relationship with Airbourne. They continue to deliver rock anthems that suit our brand, as we deliver our content on multiple platforms for our fans.”

The Aussie rockers just enjoyed the best chart positions of their career with their fourth album, ‘Breaking Outta Hell’, which also serves as their Spinefarm Records debut.

Meanwhile, Airbourne are soon to embark on their UK headline run of dates, following on  from their current European stint with Volbeat.

Check out the uncensored version of current single ‘Rivalry’ here:http://player.lemonadebox.com/airbourne