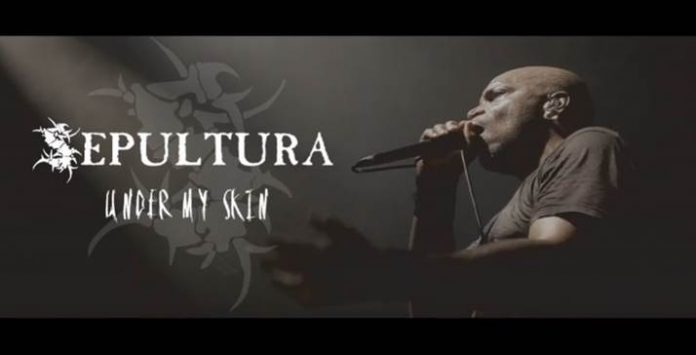 Brazilian heavy metal icons, SEPULTURA, released a special EP titled ‘Sepultura Under My Skin’ last year. Its cover was created around images of different tattoos that the band’s fans sent in. To show their fan base more about the emergence of this release, the sixth and final part of ‘Sepultura Under My Skin – The Mediator UK Tour 2015’, edited and directed by D.O. Blackley (Her Name Is Murder Productions), has been launched today. Watch it here:

SEPULTURA will be touring the UK/Ireland in February/March 2017 alongside label mates Kreator and Soilwork, also with Aborted as part of a larger European tour.
UK tour dates below: