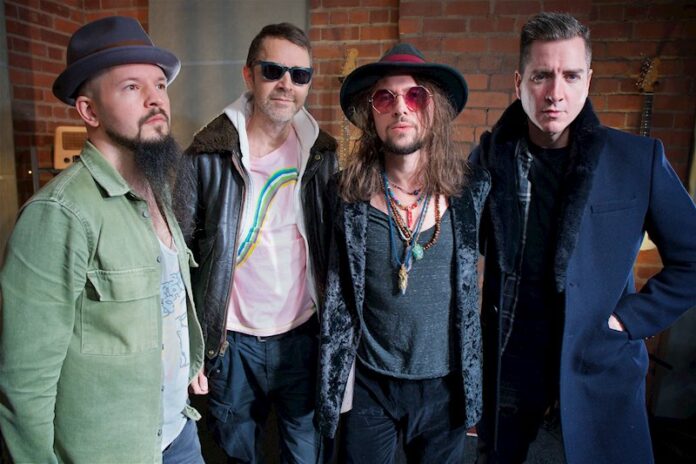 Unique and much lauded classic soulful blues-rock band XANDER AND THE PEACE PIRATES announce their hotly anticipated new album Order Out Of Chaos for release 6th May. This is preceded by their explosive single “Leave The Light On” released 4th March with an amazing video giving a tantalising taster for the main course of songs to be unleashed on their upcoming album.

Check out the video here https://youtu.be/u68KbG_lTR8

The band reveal the altruistic inspiration behind new single Leave The Light On: “This song expresses how kindness to the homeless can help bring both the one giving kindness, and the one receiving that kindness, back into the light of wholeness. When we pass a homeless person, who is often struggling with mental illness and trauma, we are ignoring their suffering that is also within ourselves. We turn away from what needs attention and healing because we fear it.”

Order Out Of Chaos is replete with heart-warming songs with soul-searching meanings. There’s also a tumultuous sea of sounds to be discovered on Leave The Light On that will send shockwaves through the ears of connoisseurs of classic rock music. And creating musical shockwaves is something that Xander And The Peace Pirates specialise in ever since brothers Keith and Stu Xander were discovered on YouTube by former Gibson Brands CEO Henry Juszkiewicz and quickly grabbed the attention of music industry figures such as Eddie Kramer (Jimi Hendrix, Led Zeppelin, Kiss, Rolling Stones) and Rick Allen (Def Leppard).

After their 5-year tenure as the resident band at Liverpool’s iconic Cavern Club, they went on to support the likes of Joe Bonamassa, Joe Satriani, Manfred Mann’s Earth Band, The Temperance Movement, ex-Whitesnake’s Bernie Marsden and even Bon Jovi at Old Trafford Stadium to name but a few. This is most remarkable as, defying all expectations, lead singer and guitarist Keith Xander was born without a right arm below the elbow and plays his guitar using a prosthesis and hook with a pick attached at the end. Although many who have seen Keith play believe him to be an extraordinary guitarist, he is a virtuoso musician with a unique guitar technique and his playing rivals the best in the industry. This much was proven as 2016 saw the band release their debut album, titled ’11:11′, on V2 Benelux Records, recorded at the world-famous Wisseloord studios in Hilversum, outside of Amsterdam. The album went on to receive critical acclaim from the likes of Classic Rock, Planet Rock Radio and from BBC Radio legend Bob Harris.

With haunting riffs, genius melodies and a uniquely infectious charisma, Xander And The Peace Pirates continue to share their musical passion to standing ovations, while spreading a universal message of peace, love and harmony. There is a whistle down the wind genius at play in the music that the band create especially with Keith Xander’s singular guitar styling that evokes the otherworldly musicianship of Hendrix and his ilk that must be heard and seen to be believed!

The single is now available to download or stream on all digital platforms https://orcd.co/XandTPP-LTLO

Previous article
SHEER HEART ATTACK
Next article
HERE U ARE