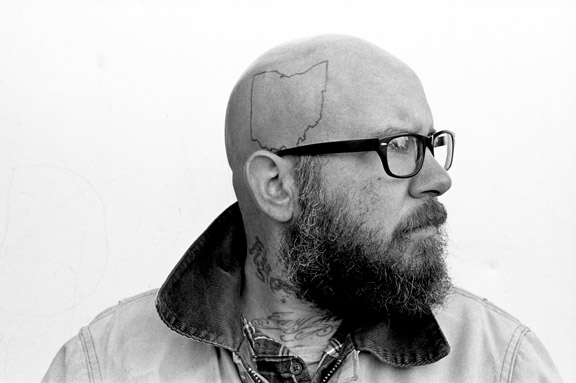 February 1, 2016
Reading time: 2 min.
Facebook
Twitter
Pinterest
WhatsApp
Linkedin
Email
Print
Telegram
Copy URL
By Andy Thorley
Country star on the road
Jeremy Pinnell, Northern Kentucky’s son from across the river, is a soft-spoken man, born to an area that is equal parts Southern hospitality, Northern attitude and Midwestern charm. Raised from humble beginnings of singing in church and learning the guitar from his father, his craft quickly made heads turn and rooms fall silent. But with his departure from home at 18 to venture into the unknown with only his music, this young man soon found himself surrounded by the demons of the world he used to try and sing away.
The stories told are true, not embellished folklore. (”With an almost uncomfortable accuracy — the kind of dark, ominous emotions most people try to bury” – Citybeat Cincinnati). Jeremy will not speak of them – only sing. While he has returned to his humble beginnings and is living an honest life, his experiences must be heard to be believed. They are real, and most importantly, never forgotten.
OH/KY tells the story of the next 18 years of Jeremy’s life, and it’s a damn good story. It has all the things people love to read about. And most of all, it’s a true story that’s been recorded in the most honest way possible. The album was cut over the course of three days in a recording studio located in the small river town of Covington, KY. The group of players on the album are The 55s, a honky tonk band out of The Queen City who lay the foundation so Jeremy’s voice can shine and his story can come to life.
JEREMY PINNELL (SOLO) FEB. 2016 U.S. TOUR DATES W/ CARSON MCHONE
Feb. Feb 7 @ Lucky’s – Des Moines, IA
Feb 8 @ Uncommon Ground – Chicago, IL
Feb. 10 @ Motr Pub – Cincinnati, OH
Feb. 11 @ Green Lantern – Lexington, KY
Feb. 12 @ No Name Sports Pub – Sylva, NC
Feb. 13 @ Dirty South House – Knoxville TN
Feb. 15 @ Douglas Corner Café – Nashville, TN
Feb. 18 @ White Water Tavern – Little Rock, AR
Jeremy Pinnell’s recent debut studio album OH/KY is out now via Sofaburn Records.
Previous article
Thunder’s Wondrous Days
Next article
A Video 69 (Eyes)