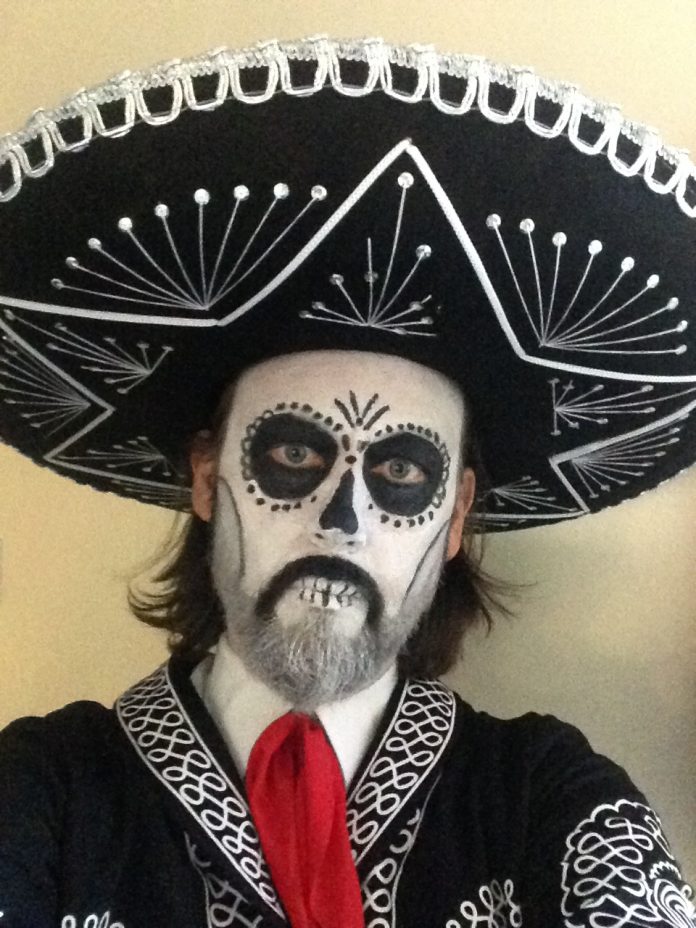 Following the release of his debut solo album earlier this summer, former Black Spiders/Groop Dogdrill frontman Pete Spiby ends 2018 with a series of lives dates in the UK in November and December. A double album, ‘Failed Magician’ successfully showcases the many moods of Spiby, from the first discs’ roaring primal rock, to the second’s subtle acoustic reworkings, the tour dates announced today allow Pete to tackle both aspects of his music in the live setting.

“Through shear tears of joy, we are delighted to tell you that there will be a series of live events happening, which is quite a mixed bag,” explains Pete. “Firstly, if you hadn’t seen it already myself and the Beat Alls will be supporting the MC5 on their MC50 tour at Bristol O2 Academy, followed by a set of solo dates supporting Tony Wright around the country, before me and the Beat Alls then embark on our own, first headline tour around the UK with our good friends Steel Trees supporting. We tried every little shithole town we knew, and this is all we could get, as people are celebrating Xmas dinners, so we’ll try again next year. Maybe we’ll catch a beer or two with you out there.”

Today also sees the unveiling of a new video and song as part of a Halloween project in association with Jägermeister, where Pete does his own version of ‘If You Were the Only Girl in The World’, the old standard made famous by Dean Martin.

“It was great to be asked by Jager to get involved in their ‘Halloween project’ for 2018. Quite a tough one, finding a song that is in the public domain, well known and upbeat and then making it down beat. I tried and failed a few times, but this one was by far the best song to do and would have fitted well on my album. It’s a lament to all those long suffering serenaders and as Halloween is so close to Dia de Muertos, the video made itself…”

And shake your arses down to the following dates below.