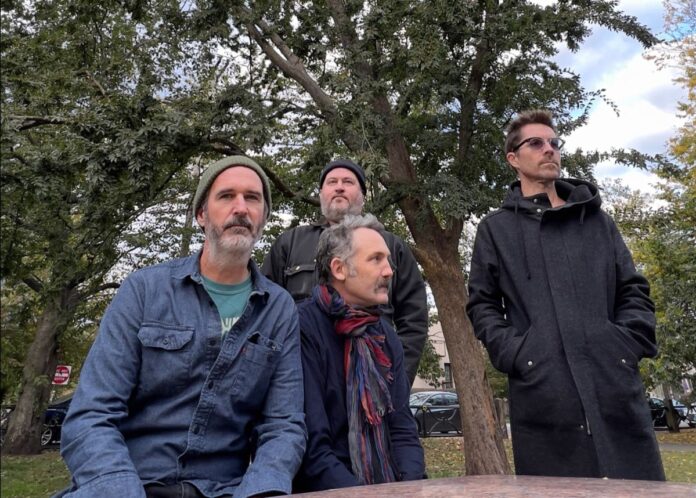 Influential band stands among a select few of the most revered second-wave emo / indie bands of all time including their peers in The Promise Ring, Mineral, Christie Front Drive, Boys Life, Braid, Karate, and Rainer Maria.

“The lines between post-hardcore, indie rock, and emo blurred on the two mid-’90s full-lengths from the Van Pelt.”- Pitchfork

“New York City’s The Van Pelt are an influential, but too often overlooked indie rock band — cult favourites for many an emo-inclined crate digger.” – Consequence

“…should be mentioned a lot more than they are when you talk about the history of emo.”- Washed Up Emo

After twenty-five years of waiting, New York City cult indie favourites The Van Pelt have announced a March 17th release date for their upcoming fourth studio full-length, titled ‘Artisans & Merchants,’ which will be released jointly by Spartan Records in North America, La Castanya in Europe/World and Gringo in the UK.

The album was recorded and mixed in Summer / Fall 2021 by Jeff Zeigler (The War On Drugs, Kurt Vile) at Uniform Recording in Philadelphia, PA, and features guest appearances by Nate Kinsella and Ted Leo among others.

The first single ‘Punk House’ is out now, along with a brand-new music video.

Frontman Chris Leo says, “When a bunch of old VHS tapes were unearthed, the band had them digitized and they turned out to be from US tours of the mid-90s. The footage is mainly of daily banalities: random purchases at rest stops, packing and unpacking the van, highway views that could be on the outskirts of Any Town USA. Yet there is a nostalgia to it that’s compelling. The song mirrors the mood in both sound and text. Lines like “The floor is filled with resin on the place where you’re to sleep / if you have enough to drink you can pretend that it’s a sheet” bring any musician back to the rougher side of days on the road — yet again, the subtext here is that the spirit of it all is to be longed for.”

The Van Pelt has announced a series of UK, EU and Brooklyn shows in March and April. See dates below.