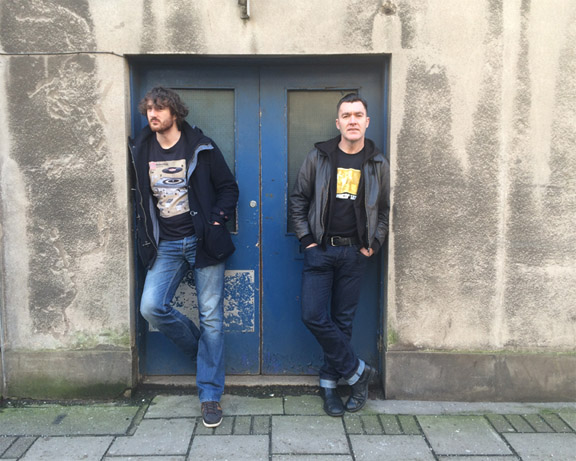 Northern Irish garage punk blues looks to take over the world if you please.
The Bonnevilles are a Garage Punk Blues duo straight out of Northern Ireland featuring Andrew McGibbon Jr.on vocals & guitar, and drummer Chris McMullan. The twosome will be unveiling their explosive third full-length studio effort Arrow Pierce My Heart later next month.
With two studio albums already under their belt, the band has become one of Europe’s top alternative blues acts, sharing the stage with bands such as Left Lane Cruiser, James Leg, Johnny Walker and Guadalupe Plata, and appearing at both The Deep Blues Fest in Clarksdale, Mississippi and its counterpart in Germany.
Rick Saunders on his Deep Blues blog describes them as “deep, dark punk and stylish hard roots music with good pop-sense and without a whiff of retro poly stink.”
The Bonnevilles’ Arrow Pierce My Heart will be available March 18th on CD, digital and limited edition colored vinyl through Alive Naturalsound Records. Click here to pre-order Arrow Pierce My Heart via iTunes.