Palace Of The King Come Again 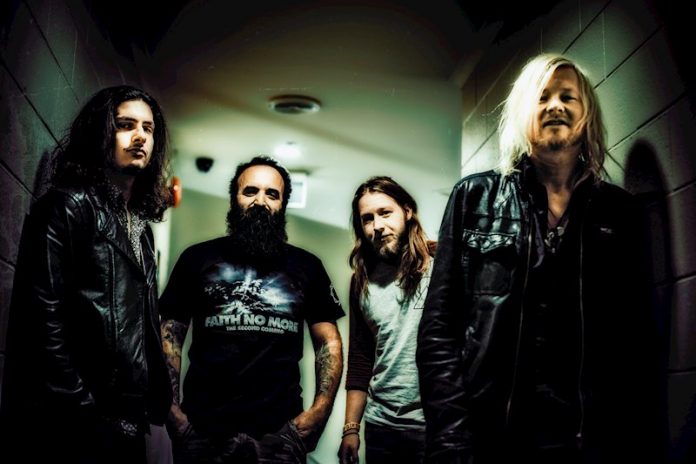 With a new album in the works for 2018, Melbourne rockers Palace Of The King give a taster of the forthcoming studio release with new single, ‘It’s Been A Long Time Coming’, out on 8th December on Golden Robot Records.

The track hurtles along the rock & roll tracks; think a mix of AC/DC, ’80s hair rockers Poison and early GnR, a radio track at its finest for the 21st century.

The group’s singer/ guitarist Tim Henwood says:
“Our new single ‘It’s Been A Long Time Coming’ was actually the last song we recorded for the new album.  We had a bunch of tracks already in the can that had been recorded in between touring, but I felt it would be worth having one more studio session at the end of the They Who Rock tour with Screaming Jets and Baby Animals while we were on a roll and the band was playing so well. So, we headed back to Medici Studios in Geelong (about an hour from Melbourne), set up with me engineering and playing guitar behind the desk and the guys in the live room, and we started jamming on a few ideas Sean (keys/ guitar) and I had been throwing around in our heads.
The result was that we captured a great, raw energy and the songs came up awesome. Once I had finished overdubs we sent it off to Machine (Clutch, Crobot) for mixing and it’s sounding killer! I can’t wait for everyone to hear the rest of the album.”