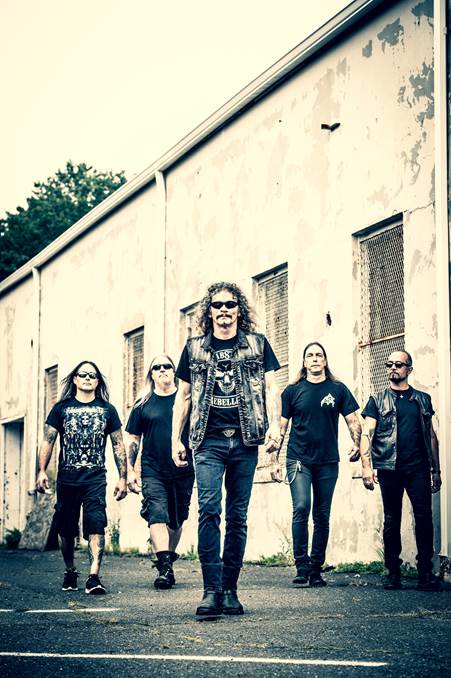 Legendary New Jersey thrashers OVERKILL will unleash their 19th studio record, ‘The Wings Of War’, on February 22, 2019, via Nuclear Blast.

Today, the band has released the second single entitled, ‘Head Of A Pin’. Watch the lyric video here:

Bobby “Blitz” Ellsworth comments, “‘Head of a Pin’ took a long time to come together, it is probably the tune that went through the most changes and the last one I finished. Looking back on its development, the time invested was all well worth it. The tonality of the guitar shines on it and the song goes ‘other places’, traditional with a touch of the down-low-dirty riff, and a sing-along chorus…personally, one of my favorites off ‘The Wings of War.'”

‘The Wings Of War’ will be available for purchase in the following formats:
CD Digipak
CD Digi + T-Shirt + Poster Bundle
Green Cassette
Grey Vinyl (limited to 1,500)
Green with Yellow Splatter vinyl (limited to 500)Please note that imported items will ship

‘The Wings Of War’ was recorded at Gear Recording Studio in New Jersey, SKH Studio in Florida, Shorefire Studio and Jrod Productions with engineering handled by DD and Dave. The album was produced by the band while Chris ‘Zeuss’ Harris handled the mixing and mastering. Travis Smith (NEVERMORE, OPETH, SOILWORK, DEATH…) was once again enlisted to create the artwork for the album.