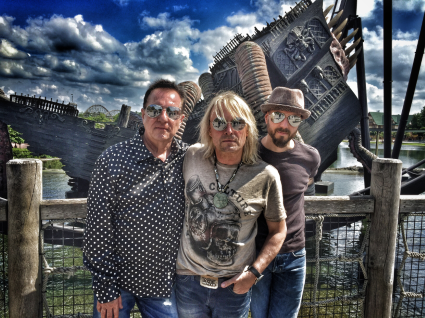 The idea to start Rock Wolves was conceived in Autumn 2015, during a tour by Michael Schenker’s current band, Temple Of Rock, which Rarebell and Voss have been members of for the last five years. As drummer and songwriter in Scorpions, Herman Rarebell was significantly involved in eight of their studio albums between 1977 and 1996, including all-time classics such as ‘Lovedrive’, ‘Blackout’ and ‘Love At First Sting’. Guitarist / vocalist Michael Voss first caused a stir in the 1980’s with groups such as Mad Max and Casanove, and his role in Temple Of Rock is not only that of a frontman, but also that of a songwriter and producer.

When Schenker announced that he wanted to cut down on concerts in the coming months, an opportunity opened for Rarebell and Voss to start a new band together. They soon found the perfect bassist in Stephan “Gudze” Hinz, a founder member of H-Blockx and hence a representative of the 1990s rock generation. So here we have three illustrious musicians from three decades, and three artistic careers with similar but by no means congruent influences.

The band’s almost boundless musical enthusiasm is reflected throughout this diverse, stunning debut – patently the work of supremely capable and inspired, virtuoso musicians gelling instinctively. Never is this more evident than on the exuberant single ‘Rock For The Nations’, a powerful track with a painful yet upbeat message; “Instead of delivering tanks and arms all over the world, Germany should concentrate on exporting good rock music,” explains Rarebell. Similarly, the shuffle-groove driven ‘Surrounded By Fools’ warns against unscrupulous politicians; “Let’s not be dazzled by their colourful election campaigns. Those politicians can easily end up bringing war to their countries” states Herman.

Less controversial tracks include thoroughbred rocker ‘I Need Your Love’, glorious, strikingly contemporary ballad ‘Nothing’s Gonna Bring Me Down’, and ‘What About Love’, a cover of Jim Vallance’s song which Heart topped the US Billboard charts with for 28 weeks in 1985. “Our new version has been given the blessing by Jim Vallance himself. His only comment was: ‘Your version is even better than my original, so go for it’,” remembers Rarebell.

The bar may be pretty high for an act with such a talented line-up, but Rock Wolves have, exceeding all expectations, way more than stepped up to the plate with their astonishingly accomplished debut. 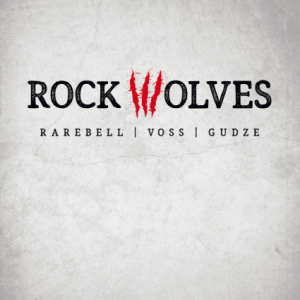