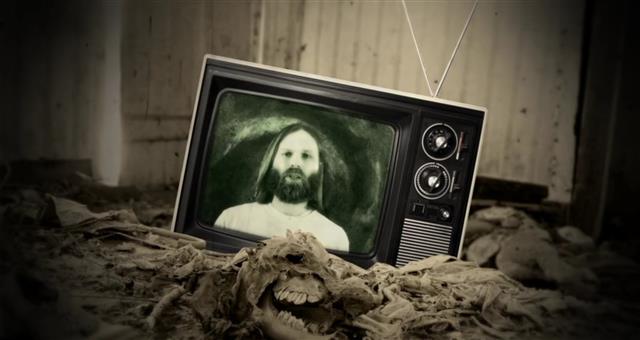 “The conceptual and visual themes for the “Flight” music video came from thinking about the environmental damage that was caused by the American Dust Bowl of the 1930’s,” director L.A. Watson explains. “I wanted to draw connections between the current ecological crisis our planet is facing and this tragedy from our recent past. The events of the Dust Bowl can be seen as a forewarning that illustrates the devastating consequences of irresponsible farming practices. Today, we are seeing a similar situation with honeybee populations that are suffering from colony collapse due in part to pesticide applications. Of course, this not only hurts the bees, but also puts our entire food supply at risk. Since the song is called “Flight” I thought it could be interesting to animate a bee attempting to navigate an apocalyptic past/future.”

Matt Page, the band’s guitar player and vocalist — as well as co-animator for the music video — adds “I wanted the lyrical content for “Flight” to feel broad, to speak about humanities relationship to the natural world in a fundamental way, to capture the way it can feel both enormous and distant while at the same time close and intimate. Nature demands adaptability of all beings in the wilderness, and demands stability over eons. “Flight” is a song about balance. Humans now have the ability to exist far outside the bounds of this wilderness but at the great peril of destroying it and our relationship to it. The bee in the video is an iconic representation of the fragile and precarious link between modern civilization and this vast wilderness that underpins our survival.”

Page concludes “the album itself was inspired by photographs taken of the Dust Bowl in the 1930s by American photographer Dorothea Lange. She believed photographs had the ability to shine an objective light on issues of social justice and environmental degradation and could be used to persuade and motivate social and political change.”

Dream the Electric Sleep combine ’70s AOR and ’80s Darkwave, with a spacey, heavy, post-rock intensity. The band’s influences include Led Zeppelin, The Beatles, Neurosis, Peter Gabriel, Pink Floyd, Tears for Fears, Soundgarden, and The Who. Their own music is expansive, eclectic and has been referred to as ‘the new American prog sound.’