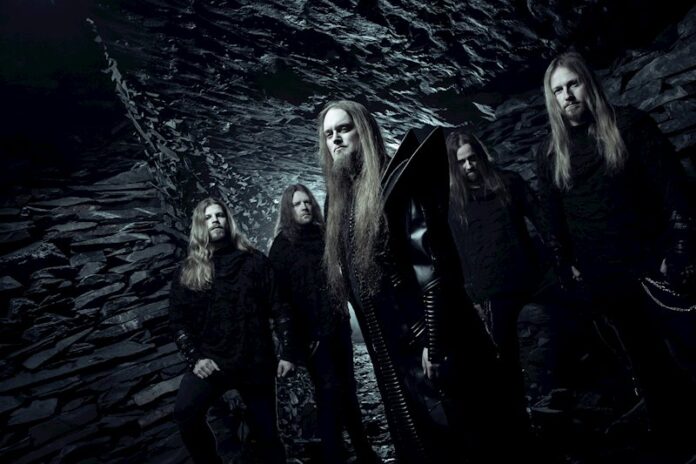 ORDEN OGAN releases new single version of “It Is Over“, featuring ANY GIVEN DAY vocalist Dennis Diehl, out now on AFM Records.

Check out the video here: https://www.youtube.com/watch?v=HwnPx_0JR1U

Following their latest studio album Final Days (2021, AFM Records), that hit a phenomenal #3 in the German Album Charts, power metal masters ORDEN OGAN have released a brand new single version of “It Is Over”! As a very special surprise, the song is featuring ANY GIVEN DAY vocalist Dennis Diehl!

Says ORDEN OGAN frontman Sebastian “Seeb” Levermann:
“ORDEN OGAN is said to be one of the ‘modern’ power metal bands. “If you take away Seeb’s clean vocals and the choirs, some of the riffs sound very hard, some parts could even be metalcore” is a sentence that we heard quite often in one way or another. We were wondering, what an ORDEN OGAN track would sound like with a “modern metalcore shouter“.

One of the best representatives of this species lives right around the corner with Dennis Diehl from Any Given Day, so it made sense to try this experiment. Any Given Day have rightfully built a huge fan base over the last few years, and Dennis is a phenomenal singer. We are very happy that he was up for it. It’s really interesting how different the track sounds with his vocals. Check it out yourself!

The original song version with Seeb is featured on ORDEN OGAN‘s much acclaimed, latest magnum opus, Final Days, that has been released in March 2021 via AFM Records. The album, once again produced by the extraordinary vocalist himself, turned into a real smasher and proves: the Germans are among the best songwriters in heavy metal! Final Days combines finesse with huge riffs, clever arrangements with great melodies and even after the umpteenth spin you still discover something new.

ORDEN OGAN have announced a series of summer dates, including appearances at Wacken Open Air, Summer Breeze, Masters Of Rock or their own Pirate Cruise II, make sure to catch the band live at the dates on the tour poster.