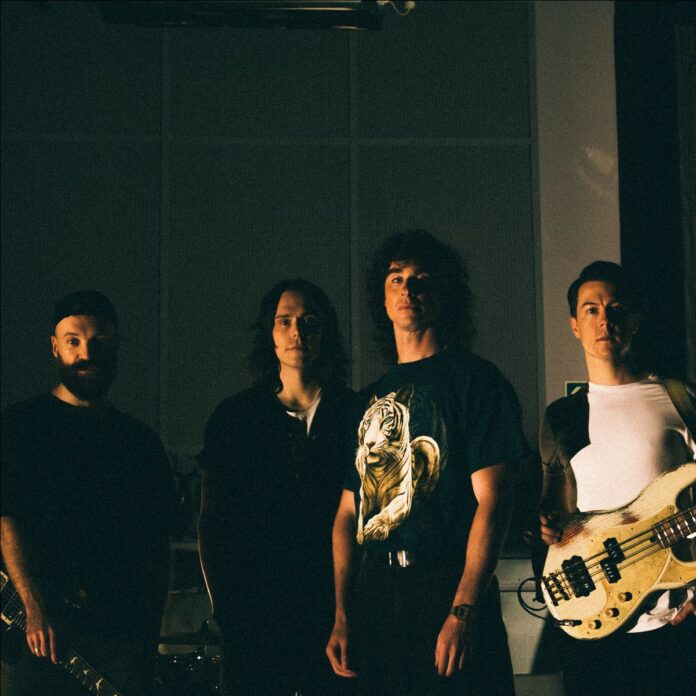 Fresh from their triumphant headline appearances at Slam Dunk Festival last weekend, Don Broco have released the video for their new single ‘Uber’. Shot in a claustrophobic rehearsal space, the frantic energy of the band’s performance captures the aggression and frustration of the track, which was inspired by their time in America and is the result of, and a reaction, to a number of shocking situations that the band found themselves in.

The single is taken from the forthcoming new album Amazing Things, which will now be released on October 22nd via Sharptone Records. Originally slated for release this month, COVID-related delays at the manufacturing plant have meant that vinyl editions of the album are still in process, so rather than release the album in two stages the band have made the decision to move the release date back so that all fans who have pre-ordered the album, regardless of format, can receive and enjoy it on the same day.

Always unique, and forever pushing boundaries, Don Broco are never ones to follow the trend and the new album Amazing Things is very aptly named. It’s yet another genre-bending masterpiece with electro, rock, pop, metal and more all wrapped up in their own unique blend, bringing to mind the likes of Deftones, Beastie Boys and Linkin Park amongst others… but simultaneously sounding like nobody else on earth.

Fans have been wildly enthusiastic about the singles released through the summer, with ‘Manchester Super Reds No.1 Fan‘, ‘Gumshield’ and ‘One True Prince’ all being accompanied by spectacular videos that are as unique as Don Broco themselves.

Amazing Things is the band’s fourth album, and follows the release of 2018’s Technology, which was was a Top 5 album in the UK charts and has had over 100 million streams to date, and also 2015’s Automatic, which provided the band with their first Top 10 album in the UK.

A ferociously good live band, acclaimed for their relentless high-octane performances, Don Broco have previously sold-out arena shows across the UK, headlining Wembley Arena after selling out Alexandra Palace as well as festival performances around the world including Vans Warped Tour, Download, Reading & Leeds, Slam Dunk & more. They set out on a major headlining tour of the UK next month which includes multiple nights in UK cities, culminating with two shows at London’s Brixton Academy

Tickets for all of the upcoming shows are available here.