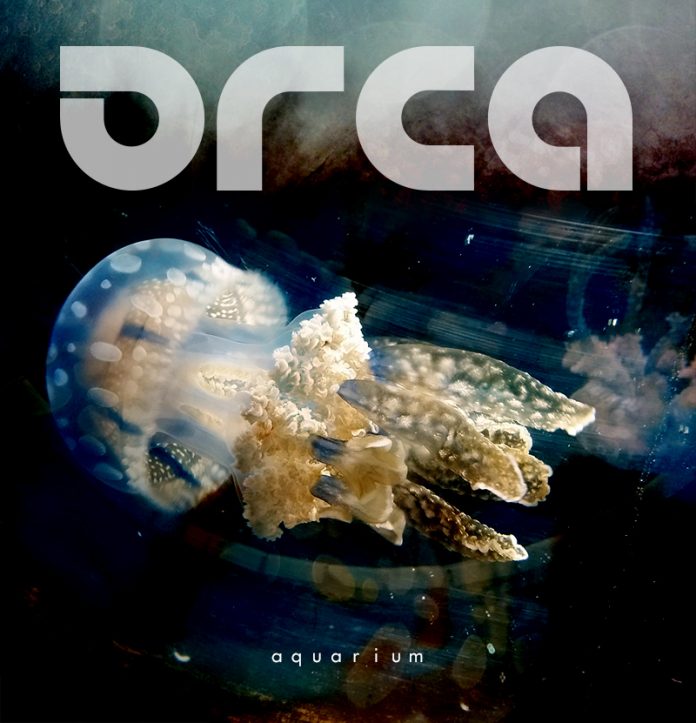 UK-based alt-rockers Orca have proven to be on top of their game. As pioneers and creators of the mysterious domain of ‘space metal’, the five-piece is steadily stepping up to the music industry’s spotlight.

Their fascination with space and discovering the unknown has always been part of their own musical exploration. By fusing melodic experimentation with hard hitting metal riffs, their new single ‘Aquarium’ (taken from the album ‘Universe’) is a muscular track, effervescing with a forthright and speeding energy. As a follow up to the similarly metal infused guitar styles and contemplative vocals of their first single ‘Amber’, this tune is a sensational marvel of progressive rock.

The song came about when singer Chris started exploring the emotions drawn from the cryptic and riddle-like rhythmic arrangement of a demo recording. ‘Aquarium’ is ultimately about desire, beauty, identity, sensuality, and connecting with the power of nature. The video for the single was shot in a real aquarium which the band describes as a “wonderful” and “entrancing” experience. The album is called ‘Universe’ as it was written while the band were travelling separately around the world, with each band member looking out to a different part of the night sky for inspiration.

With influences ranging from Deftones to Tool the band has mastered the techniques of DIY and created a magnificent set of songs with little to no help from other producers. Their music touches upon the deeper questions in life. Orca describes their sound as being about “submission to the awe and power of the world, and the realization and self-actualization levels of awareness and consciousness.” Part of their musical diversity stems from the fact that Orca consists of a colourful mixture of different nationalities. Bassist Matt McGuinness is Irish, guitarist David Vezzoli from Italy, other guitarist Ben Murray-Smith from England but born in Brazil, drummer Kacper “Drum Kid” Stachowiak
from Poland and singer Chris Edwards is British Armenian. Orca’s sound reflects this diversity and has been celebrated by radio stations such as KSCR in Los Angeles and Aaron Phillip’s Amazing Radio Rock Show here in the UK. Musically, they have also come from a variety of backgrounds ranging from psychedelic rock and jazz to heavy metal and synth-pop.

The band has evolved from bassist Matt and guitarist Dave’s previous project called Martian Time Slip which focused more on a traditional darker kind of metal. After the break up of Martian Time Slip the two collaborators embarked upon new endeavours, forming Orca and searching for the perfect vocalist for the band. Chris approached the band with a style that was both unique and enigmatic. They were struck by his powerful voice and his ability to enrich the melodies with passion much like the late Jeff Buckley. Ben joined shortly afterwards while continuing to write songs for famous Vlogger Casey Neistat. The newest addition to the group is drummer Kacper who has had success with his symphonic power metal band Pathfinder.