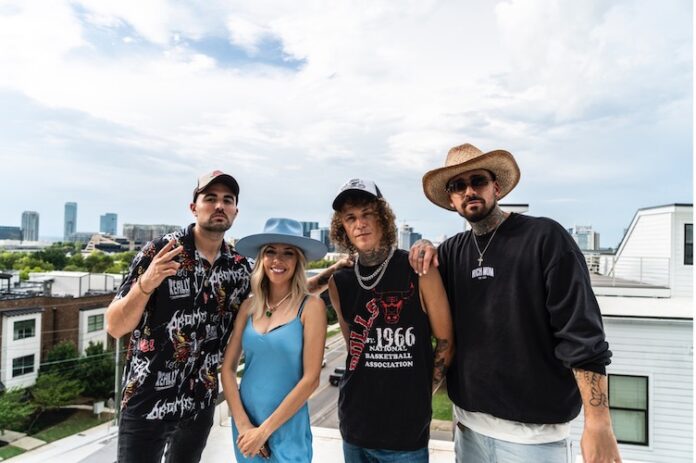 Multi-platinum hit-making trio Cheat Codes, popularly known for their smash single ‘No Promises‘ (feat. Demi Lovato), are diving into the country music scene with their debut country album One Night in Nashville – Presented by the Cheat Codes. This album is an entirely new endeavour for the genre-bending trio who have put out many records in the electronic dance, pop, and alt rock genres. Coming off the success of their independently released Hellraisers trilogy, making a county album was the next natural step.

Each one of the guys was influenced early on in their lives by country music to some degree, but it wasn’t until the trio went to Nashville where their country project started to come together. Cheat Codes found success with both Russell Dickerson and Jimmie Allen earlier this year. Now, rising star MacKenzie Porter joins their roster of all-star country collaborators.

Listen to ‘One Night Left’ HERE.

“MacKenzie had written the idea and we really wanted to try blending it with Trevor’s vocals for more of a call and response feel. Getting to add two different perspectives to the idea of what our ‘One Night Left’ would be like really rounded out the song, and the combination of Trevor’s and MacKenzie’s vocals sound so good together.”

Though there are many women featured on the album which comes out 27 January, 2023, ‘One Night Left’ is the first single to drop with a featured female artist. While making country hits isn’t new to MacKenzie, working with Cheat Codes was. Of the experience she says, “I couldn’t wait for this song to drop! We wrote it at my friend’s lake house over a year ago and I knew it was special then. I am such a fan of Cheat Codes; the guys are so talented and also just the kindest dudes. It’s been so much fun collaborating with them and I’m so excited for everyone to hear it.”

With the support of a built-in audience and a passion to perform with some of the greats in the country space, the list of Cheat Codes collaborators grew over time and One Night in Nashville was born.

As previously revealed, featured album tracks and collaborators below:

ONE NIGHT IN NASHVILLE TRACK LISTING: