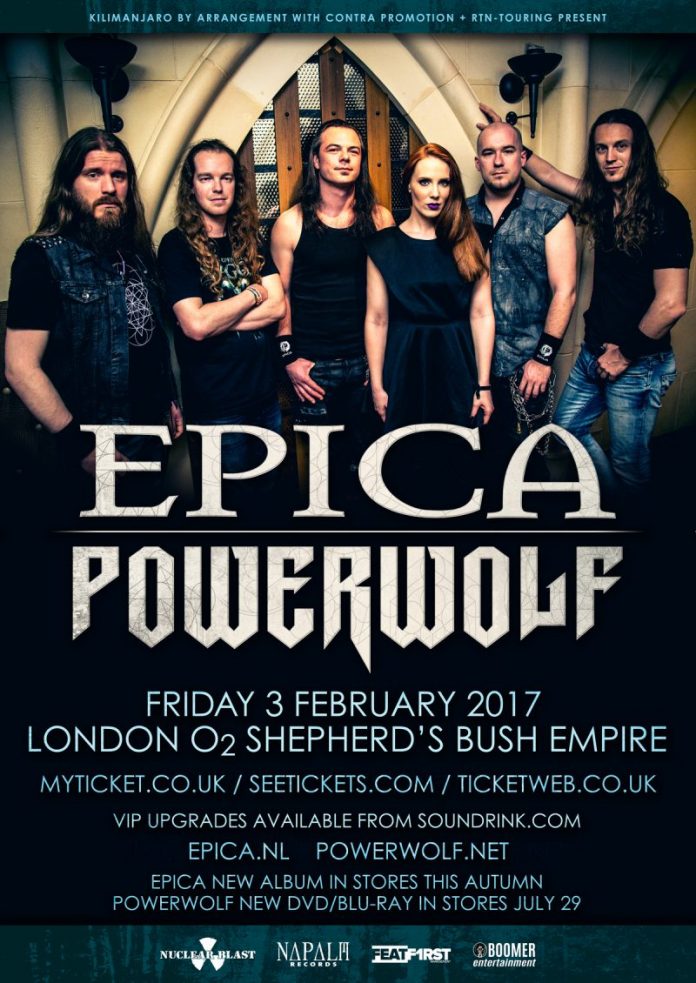 Sympho legends in the UK next year

Majestic Dutch symphonic metallers Epica will be back in the UK next year playing a one-off London show at o2 Shepherd’s Bush Empire alongside German Power Metallers Powerwolf.

‘We are excited to return to gorgeous London to promote our upcoming album which will be released later this year. On the 3rd of February, we will play an exclusive show at the legendary Shepherd’s Bush Empire in London. We simply can’t wait to perform the new songs and a wide array of the entire Epica discography for our English fans at such a beautiful location.‘ says Epica frontwoman Simone Simons.

The event will take place on Friday 3rd February 2017.
Tickets go on sale this Friday 14th May at 10am and are also available as of today through O2’s pre-sale.

Epica have announced the follow up to 2014’s critically-acclaimed studio album ‘The Quantum Enigma’ will be released via Nuclear Blast this Autumn. Stay tuned for more info.

For more info on Epica: