The Theatre Of Dreams 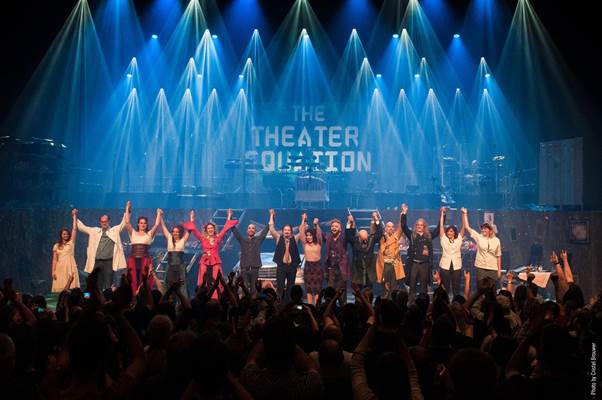 Ayreon’s ‘The Theater Equation’ DVD/Blu-Ray package was recently announced for release on the 17th June 2016, and you can now watch the full trailer for it here:

In September 2015, over the course of four sold-out shows, Ayreon’s legendary progressive rock concept album ‘The Human Equation’ was brought to life as a full-blown musical production at the Nieuwe Luxor theater in Rotterdam.

This limited run of performances was witnessed by die-hard fans from across the world, but now Arjen Lucassen’s story can be witnessed by all, as a recording of the final night of those special evenings is being released as both a DVD & Blu-Ray package on the 17th June 2016. ‘The Theater Equation’ is subtitled in nine different languages and includes nearly one-and-a-half hours of bonus content.

Arjen comments: “Even today as I write this, I am amazed and touched by how hard everyone worked and how much love and care they generously gave to make it all happen. Sometimes the dream becomes reality!”

The stage show stars Dream Theater frontman James Labrie in his original roll as “Me” and features nearly the entire cast of vocalists from the original 2004 album. The main cast is supported by a specially put-together 19-strong Epic Rock Choir. This is a unique document of an undertaking that was surely once in a lifetime.

James LaBrie as ‘Me’

‘The Theater Equation’ will be available as a deluxe artbook version including blu-ray, 2DVD’s & 2CD’s, as well as a special edition 2CD & DVD digipak, standalone blu-ray & digital audio download. Signed pre-orders for the world will be available through the InsideOut Europe shop from the 20th May.