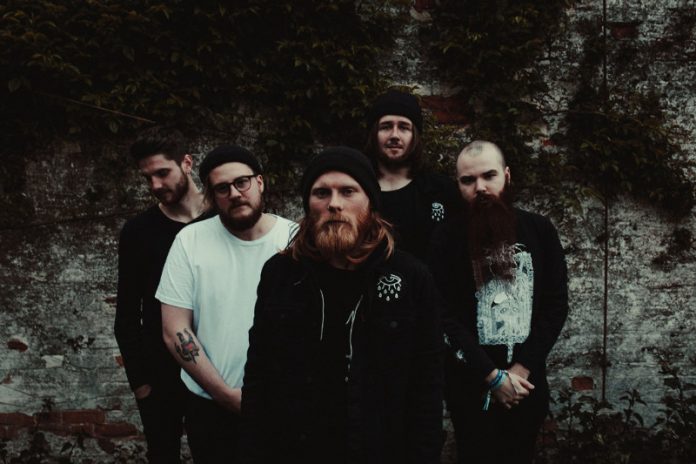 Just weeks away from releasing their debut album Worry via Basick Records, CANVAS have revealed the video for new single ‘Haunt You’.

Taken from the record, out on the 6th October 2017, the track follows previous singles ‘Medicate Me’ and ‘Hospital Beds’.

“‘Haunt You’ is a track that I hold very close to my heart. A track that I have been wanting to write for a very long time but could never quite find the right words.

I’m not one for talking about my personal struggles and battles as openly as some may be able to do. ‘Haunt You’ has been the first time I have confidently been able to talk about my mental health issues / sleep paralysis in the most honest way I could. This track helped me get a lot off of my chest and if it can resonate with anybody and help them find some comfort for a while I am okay with that!

This is why the video had to be perfect, visually representing something that is always hanging over you, looming in the background like a dark shadow that never goes away. Living life in a bad dream.”

CANVAS have also announced a UK weekender tour for November, joined by special guests and label mates Fall Of Minerva. The short run will follow the band’s UK/European tour in October.

Full tour dates are as follows:

Pre-orders of Worry are live, with a limited edition black/white marble vinyl available exclusively viaBasick Supplies. With other bundles also on offer get your copy of the album here: https://basick.supplies/collections/canvas

Bands that well and truly hit you at the core – whether it’s through crushing heaviness or pure emotional atmosphere – are very hard to come by nowadays, yet CANVAS’ take on post-hardcore is as hard-hitting as it gets.

Not ones to shy away from getting their hands dirty within their own creations and taking a heavy DIY approach, the quintet have spent the last couple of years jumping in their van and playing shows anywhere and everywhere from clubs and houses, to garages and practice spaces.

Previous article
Wither And Die
Next article
On The Mart