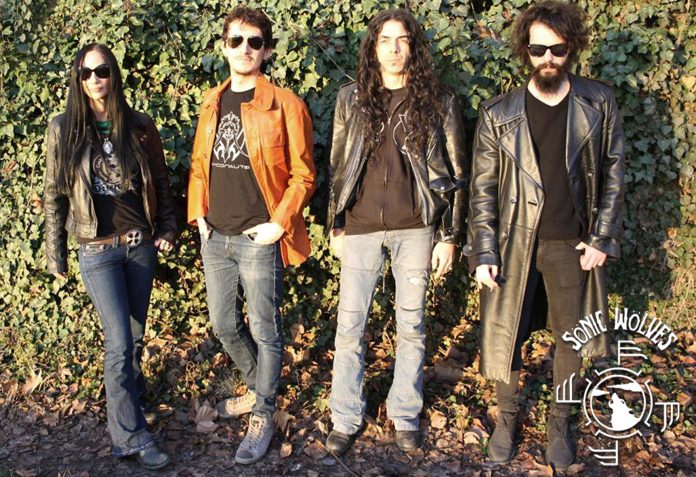 Dirty rock from Italy on its way

Taxi Driver Records announces the release of the first album by Sonic Wolves, planned for Spring 2016.

Sonic Wolves are a “heavy dirty rock” band from Alessandria (Italy). The project started in 2012 by bassist Kayt Vigil (previously in The Hounds Of Hasselvander and Pentagram, currently also in Rogue State) and drummer Vita (currently also in Ufomammut and Rogue State), under a different name (Tsutar), and it developed with a line-up transformation.

In December 2014 Sonic Wolves recorded their first demo at Ampire Studio (Pistoia, Italy). It was Kayt Vigil on bass/vocals, Vita on drums and Stefano Tocci (currently in Deaf Eyes and previously in Incoming Cerebral Overdrive) on guitars. The eight song demo titled “WolfWitch” was recorded by Tocci and was released in April 2015. In July 2015 Paolo Melotto (previously in Psyconauts and also Tsutar) joined Sonic Wolves on lead guitar and voice, followed in August 2015 by Diniz (currently in Temple Of Dust and Mexican Chili Funeral Party) on rhythm guitar.

The sound of Sonic Wolves is an infusion of heavy and dirty rock, with elements of metal and psychedelic influences permeating each song. They take rock to a louder and nastier level.

At the end of 2015 Sonic Wolves recorded their first full length, once again at Ampire Studio in Pistoia, with Stefano Tocci serving as studio sound engineer. The album includes 8 tracks and will be out in Spring 2016 on Taxi Driver Records. Artwork, tracklist and title will be revealed in the next weeks.