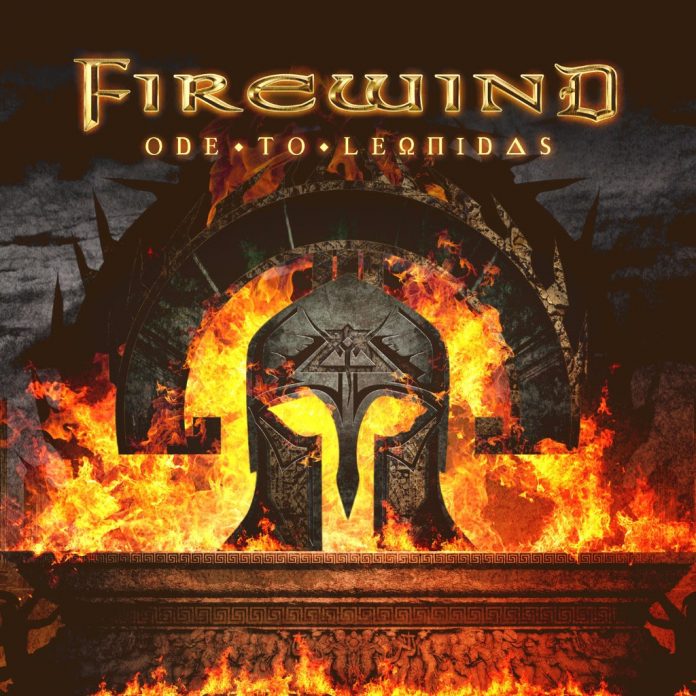 In order to give you a next preview teaser for the upcoming album, a bombastic video clip, which was produced by the iCODE Team (Kamelot, Devin Townsend Project, Moonsorrow, etc.), as well as a digital single for the album track “Ode To Leonidas” are being launched today.

FIREWIND’s Gus G. checked in with the following comment about the track and its video:

“As many of you have found out by now, our new album “Immortals” is a concept and focusing on the battles of Thermopylae and Salamis. The song “Ode To Leonidas” is obviously about the legendary warrior King of Sparta and his heroic battle with his 300 brave men against the massive Persian army invaders.

For the production of the clip we traveled to Belgrade, Serbia and filmed with iCode team (same team that directed my solo video “The Quest” and so many other great bands) and we’re really amazed by the end result. It’s truly epic! We hope you will enjoy too. Heavy Metal fans – unite!”

Most recently, a comprehensive EPK for “Immortals” was made available here:
https://www.youtube.com/watch?v=MxENF5x85xE

The physical pre-order for “Immortals” will start on Friday, December 23rd here: www.cmdistro.de

The tracklisting for the “Immortals” album reads as follows:

“Immortals” marks the first time FIREWIND used an outside co-producer, working with Dennis Ward (Unisonic, Pink Cream 69), who not only engineered, mixed and mastered the album, but also co-wrote it together with Gus G. Next to the standard jewel case CD and Digital Download formats, “Immortals” will also be released as LP on 180gr vinyl with a poster as well as the entire album on CD as bonus. Additionally, there will also be a limited edition Mediabook CD with expanded booklet, a bonus track and 3 stickers.

You can additionally already check out a few sample riffs off “Immortals” in a play-through clip that Gus G. recorded in co-operation with Toontrack’s EZmix 2 and the Metal Guitar Gods 4 EZmix Pack expansion here: https://www.youtube.com/watch?v=5E7SFBKYVcU

In order to support the release of “Immortals”, FIREWIND are set to hit the road across Europe and the UK. Those dates as well as some first festival dates confirmed for 2017 and also a string of GUS G. solo shows in Asia are as follows:

In related news, Century Media Records will be re-releasing FIREWIND’s albums number three, “Forged By Fire” (2005), and four, “Allegiance” (2006), for the first time ever on LP format on January 20th, 2017 as well. Both records will be available each on 180 gr. vinyl and will include the full album on CD as bonus. The pre-order will start on Friday, December 23rd here: www.cmdistro.de