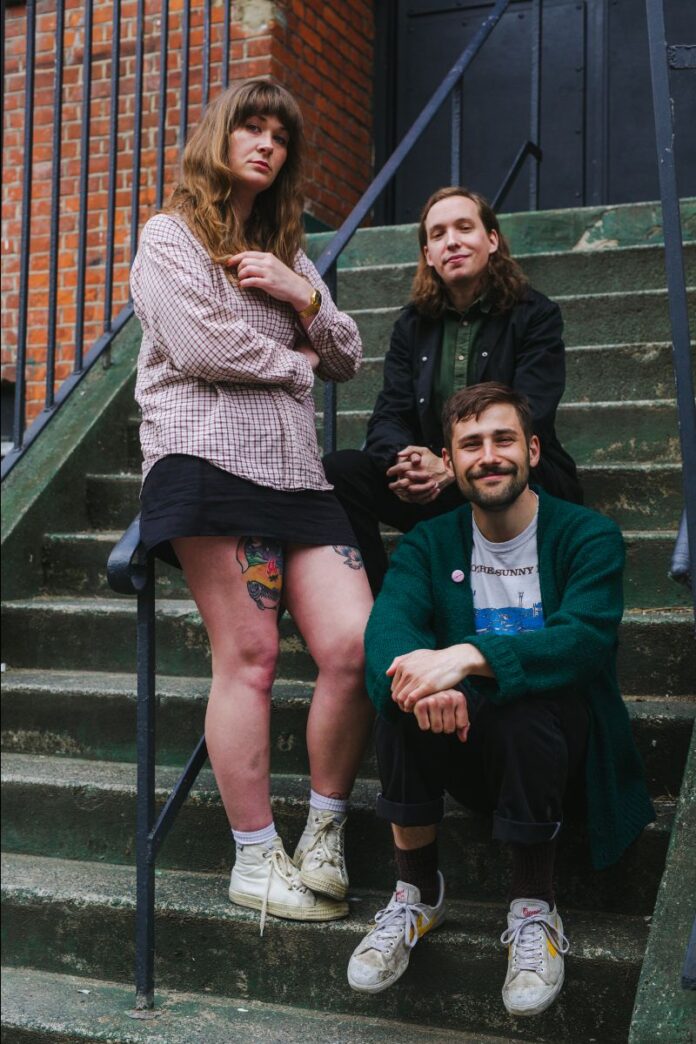 Norwich-based post-hardcore trio Other Half are pleased to reveal their new single ‘Jollies With The Boys’ which is released on 3rd November 2022 via all good DSPs.

The track is the latest to be taken from their forthcoming second album, Soft Action, released on 2nd December 2022 via Big Scary Monsters (American Football, Cursive, The Get Up Kids, Meat Wave)

Commenting on the single, vocalist Cal says: “This is one of the first songs we wrote for the album that properly clicked. It’s heavy and angular and proved a sturdy vehicle to inspect some really unpleasant stuff lyrically. It’s a call to arms with no cause, an arbitrary bit of bile about punching down because it’s the easiest option.”

“I’m always interested in what motivates people to do horrible things and I figure a lot of the time it’s just the only road open to them; the anger is white-hot but misdirected. I guess this is just my way of saying I wish I had the same energy to fight against all the awful stuff going on in the world but instead just sit on my arse and write songs about the idea of being angry. Lazy, apathetic millennial.”

The track follows on from AA side single ‘Like A Dog’/’Slab Thick’ which was released earlier this year and immediately turned heads at The iNewspaper, Stereogum, Brooklyn Vegan, Vanyaland and more.

A record that finds Other Half distilling the sneering punk and sardonic storytelling that characterised their first album, Soft Action amplifies the most melodic and dissonant parts of their sound. The discordant squall of Sonic Youth, the ragged hooks of Pixies and the searing intensity of bands like Converge, all underpinned with the wiry vocal interplay of singers Cal and Soapy.

The band are preparing for a busy year ahead of touring in 2022/23, completing their recent Revive Live tour with labelmates Cultdreams in August 2022 and with a UK co-headline tour with Modern Rituals coming up this November 2022.

OTHER HALF Live Dates: