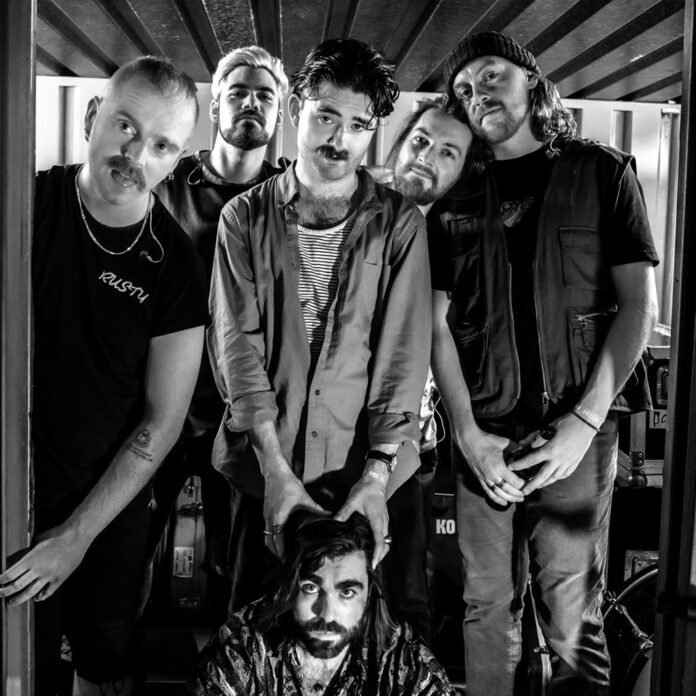 Irish noise-pop sextet THUMPER have released their single ‘Summer Assault’. The track sees the band venture into new territory and marks their first new music since their debut album Delusions Of Grandeur, released earlier this year.

‘Summer Assault’ is a vignette of self-sabotage, an anthem of small failure. It’s about a doomed relationship that carries on regardless – a narrator banging on the glass trying to warn the song’s inhabitants. Each melody and hook competes for space over an ever expanding wall of guitars, bass and THUMPER‘s signature double drums. In just over three minutes, ‘Summer Assault’ sees THUMPER boil their trademark noise wall into an earworm of a pop song.

‘Summer Assault’ comes off the back of THUMPER‘s extensive European, UK and Irish tour, including sell-out shows in Amsterdam, London, Paris and Dublin. The band have a handful of live dates remaining at Iceland Airwaves, Sŵn Festival and RTE 2FM’s Rising on the Road.

THUMPER‘s previous single ’25’ came thundering into the ESNS Radio Charts, with support BBC Radio 1’s Future Artists with Jack Saunders and Future Alternative with Nels Hylton, as well as Kink, KEXP and more. They featured as the face of Spotify’s ‘All New Punk’ playlist and gained editorial support from Amazon Music. Championed heavily by BBC Radio 1 DJ Gemma Bradley and many more, ‘Summer  Assault’ is sure to be THUMPER‘s biggest single yet.