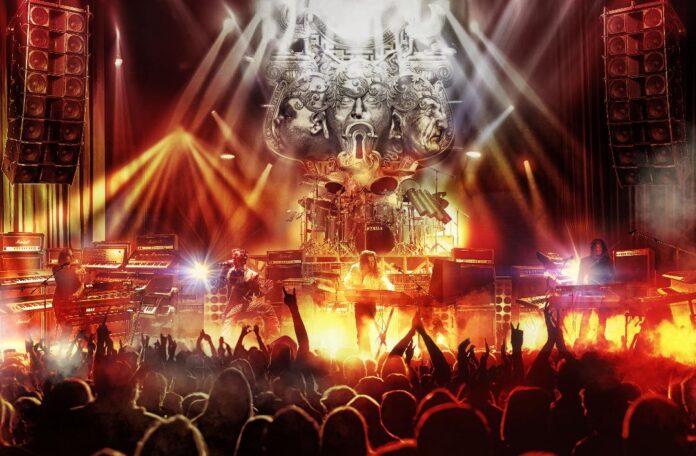 The duo met when Jake and his band Cyhra recorded in Mark’s studio in New York in 2019. Having participated on a Cyhra track, Mark presented some songs to the singer and they decided to collaborate as KEYS. They subsequently co-wrote a set of songs and recorded them during the pandemic before mixing the results in early 2021. The finished album also features esteemed drummer Alex Landenburg (Kamelot, Cyhra, Rhapsody) and guest keyboard parts from Charlie Calv (Angel).

Displaying the full versatility of keyboard oriented rock, the artfully crafted songs that comprise ‘When Shadows Fall’ feature synth and organ pyrotechnics, dazzling time signatures, bombastic choruses and guitar riffs that are actually played on keyboards with plug-ins and emulate guitars perfectly. The album was released in the summer of 2022.

Given that both Mark and Jake are first and foremost award winning songwriters, they never lose sight of the composition and melody in each track, albeit couched in a distinct signature sound and coupled with a four octave vocal range.

The album also includes the singles ‘RIP’ VIDEO and ‘Feast Of Lies’ VIDEO .