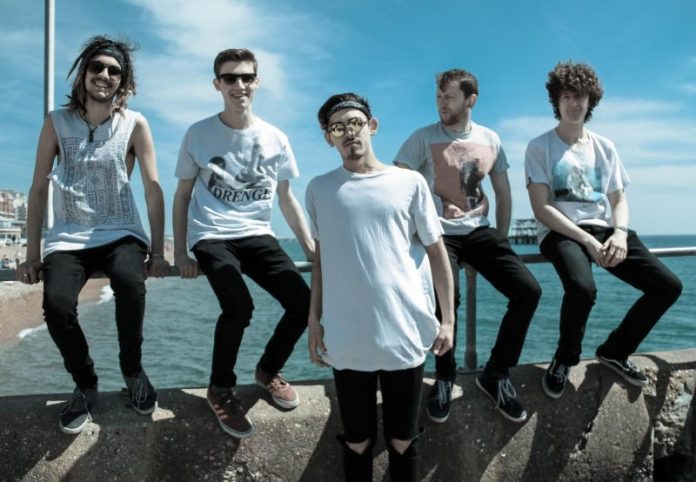 ‘On & On’ is Oceans’ debut single and debut music video; both the track and video were released on May 6th 2016 with a single launch.

The single launch took place in Brighton at a unique and quirky venue called ‘The Synergy Centre’. The Synergy Centre had only been open for a month prior to the single launch, making it very appropriate to have the launch at a brand new venue (practically on the sea front). To add to the uniqueness of the event, there was also a ‘bring your own booze’ policy.

The bill featured a variety of different genres and local acts, the show had an amazing turn out. There was a fantastic vibe shared all round and it was not a night to be forgotten! As the attendees walked in they were given a download card to the single online. In order to download the song they would have to scan the QR code on the card with their smartphones, which would immediately link them to the song where they had the option to download it for free.

After the bands and DJ, the single launch was followed by an after party a few doors down to finish the event off.

Here’s a link to the single online – https://oceansuk.bandcamp.com/track/on-on-single