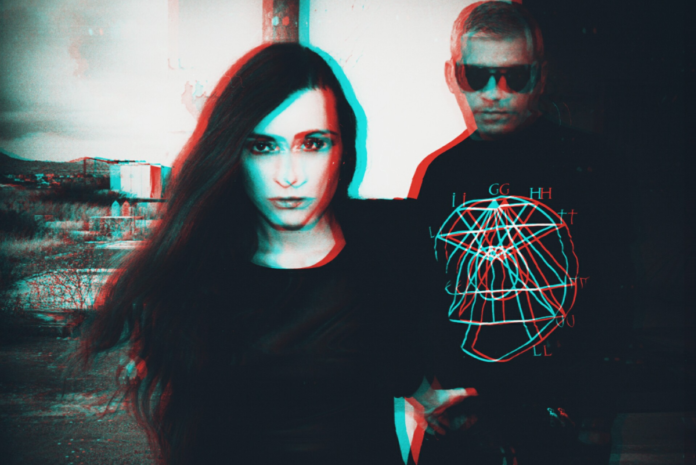 Paradox Obscur are an Athens, Greece-based post-punk synthwave duo comprised of Kriistal Ann and Toxic Razor. They have built a devoted worldwide following over the course of four albums since debuting in 2014 and signed to Metropolis Records to issue the explosive ‘Singles & Rarities’ collection in early 2021. The brand new ‘Morphogenesis’ marks their first new full-length release proper for the label.

The duo explain that ‘Morphogenesis’ “represents a gateway into the virtual world of illusion, one that modern man has appropriated and irrevocably strives to keep as an extension of his physical being that is lost in a dream of constructed contentedness.” A diverse range of electronic genres are represented in its songs, with shards of minimal techno, house and trance heard alongside synthwave and industrial sounds.

One of the few electronic ensembles to record their albums in real time, the duo capture the essence and magic of the moment without resorting to sequencing and editing software. They also take it a step further, utilising vintage synthesizers and drum machines to create their captivating raw sound.

The pair met via very different artistic disciplines, with Kriistal Ann having studied classical music and piano at the Prague State Conservatory, while Toxic Razor is a vintage tech enthusiast who had been recording his fledgling ideas on tape. Apart, they have both created successful solo work, while collaborations with several avant-garde artists have also received positive attention. As Paradox Obscur, the pooling of their talents have been critically acclaimed and led to their inclusion at numerous festivals and events, where they have shared stages with other important current acts on the worldwide minimal-electro, cold wave and post-punk scenes.