Hailing from Bradford, West Yorkshire and formed in May 2013 from the ashes of several broken bands, Stand Alone are proving to be the untamed beasts of the new rock scene. The last three years have seen the band tour relentlessly throughout the UK, winning over new fans and wooing audiences with their engaging modern rock sound that is steeped with earnest emotion and grit. 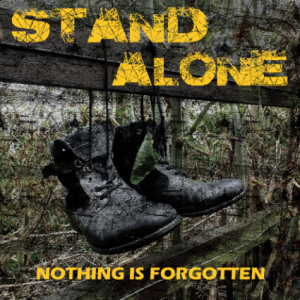 The riff slingers are now ripe to step out of the underground with a reworking of their debut EP Nothing Is Forgotten, out this Summer. Rammed with five slabs of engaging heavy rock from their anthemic opener False Beginnings to their current single Demons, the EP boasts sledgehammer riffery, colossal choruses and neat songwriting. All this said, the future is looking very bright for these young guns. Stay tuned to the band’s socials for tour announcements. Look out as the three-piece play Roundhay Park Fake Festival in Leeds and Glastonbudget festival in Leicester, as well as other festival appearances in the pipeline.