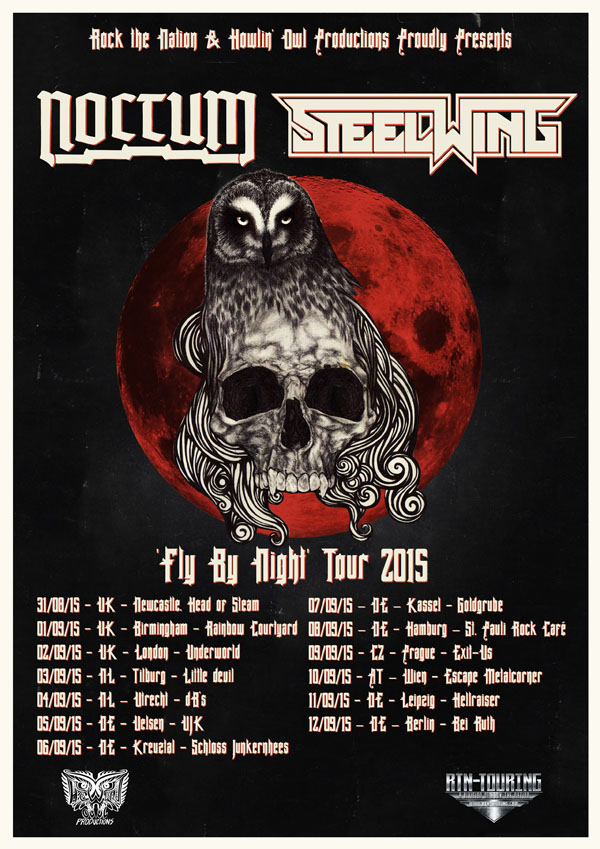 NOCTUM have added another headline show before their tour with Steelwing kicks off. The Swedish heavy/doom metal outfit will play The Lab in Northampton on August 27, 2015 before heading to Ireland for two shows there

NOCTUM have recorded two brand new songs for a 7″ release! The 7″ features the title track “Until Then…Until The End” on Side A and “In Precious Time” on Side B and is set for release the 7th of August in a limited run of 500 copies (300 x black/200 x white)!

Comments NOCTUM: “Until then…Until the end” is a brand new single and the first recording with our new guitar player, Christoffer Löfgren. This release will be a small, but important, step towards the next album which we’re writing at this very moment.”

Check out “In Precious Time” here:

NOCTUM will support STEELWING in August and September!