No Sinner Are All Women 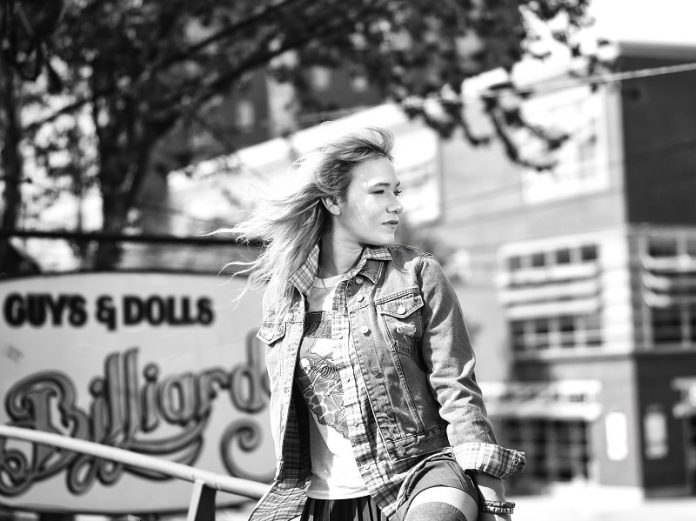 She’s the best in the west

The first track from it is streaming right here

2014s Boo Hoo Hoo was a classic debut album experience from Vancouver’s powerhouse frontwoman Colleen Rennison. The sound of a young singer’s first foray into the rock’n’roll world. The result of years spent fronting cover bands with players 10 years her senior, writing with musicians more seasoned and eager to give direction. Boo Hoo Hoo was raucous, rowdy and filled with soul and danger. It was the sound of youth careening into the adventure of life with all the screaming tires and heartache yet to come down the road. It was the sound of a wild haired girl riding into the horizon on the back of her boyfriend’s motorcycle.

On Old Habits Die Hard, Colleen isn’t sitting on the back of the motorcycle anymore. She’s barrelling down the highway, her grip on the throttle, and you better believe you’re going to hear her coming from miles away.

There’s a reason behind the acclaim that met No Sinner following their debut release via Mascot Label Group. Classic Rock Magazine called Colleen, “an early contender for ball-breaking warrior princess of 2014″ and Blues & Soul wrote, “No Sinner are a rare gem of a find.” Their teeth-gritted brand of blues and rock brought the young band to showcases at SXSW, European tours, sessions for Bob Harris on BBC Radio 2 and The Team Rock Classic Rock Magazine Show , club shows followed with Reignwolf, Bass Drum of Death and Monster Truck. They were selected by Amazon as a New and Emerging Artist and both Classic Rock Magazine and The Blues featured then as one of the Artisits to Watch 2014 while Noisey exclaimed the band “oozes sex appeal.”

Previous article
Save Them
Next article
Storm Is Brewing