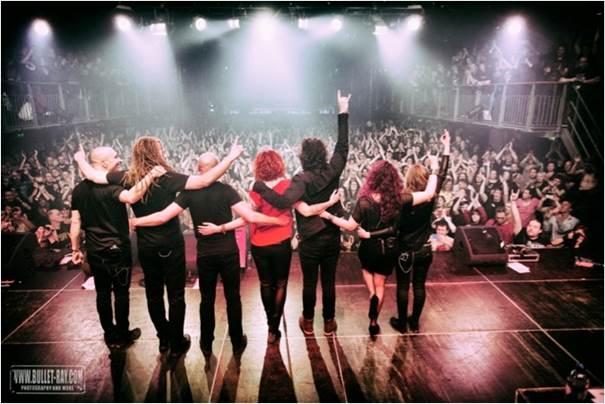 The Gentle Storm, featuring the talents of Arjen Lucassen (Ayreon, Star One, Guilt Machine) & Anneke van Giersbergen (The Gathering, Devin Townsend Project), released their debut album ‘The Diary’ last year to much critical acclaim. Since then, Anneke and her specially selected band have been busy touring the album and this year they will play some select shows, including South America in April and a final show in Amsterdam. To celebrate, the band has launched a live video of the track ‘Brightest Light’ filmed in Zoetermeer.

The upcoming tour dates are as follows:

Anneke will also be heading out on ‘An Evening With’ acoustic shows in Europe where she will be playing songs from across her career. The full list of dates is as follows:

‘The Diary’ is now available to purchase from the links below: