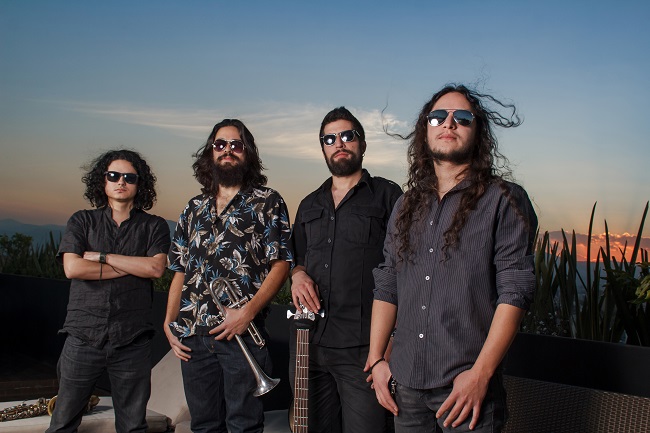 This third album is a clear example of what the word selfmanaged means. “Fearless” was produced, recorded and mixed at Archway Studios in Mexico City by J.C. Chavez and Luis Oropeza, drummer and vocalist/guitarist respectively.

The band tell us: “This album is once again a challenge to metal conventions and a testament to creativity and indifference to metal purists rules.”

“Fearless” was mastered in Tower Studio by Brett Caldas-Lima (Cynic, Megadeth). The cover artwork for the effort was again in charge of Berlin-based artist  Eliran Kantor, well known for his work with bands like Testament, Iced Earth, Sodom and more.

Acrania is also a band that does not hide it’s political, religious and anthropological vision of the world in which we live in, I.E., in “People of the Blaze“, the first single off of “Fearless“, vocalist Luis Oropeza states that the track refers us to the “crushing of Mexican culture at the time of the conquest, its sacrifices, its pyramidal vision of society and its hegemony“.