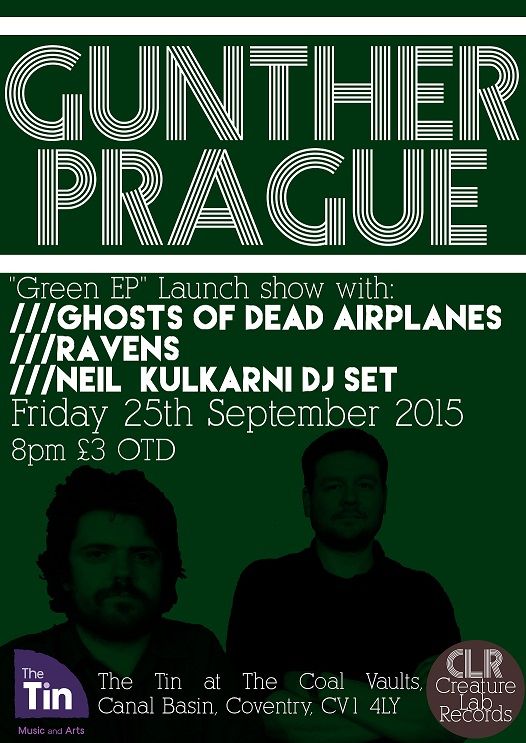 One of Resurrection Men launches his “other” band

Following last week’s news about the Resurrection Men re-release, our friends at Creature Lab are it again and this is another band involving Brendan from Resurrection Men called Gunther Prague.

Steve from the band, says: “We’ve released an EP called “Green”, although its not exactly an average EP in that it has 8 songs on it, although it clocks in at 16 mins so we still called it an EP. I’d call it post-rock/post-punk/noise and its about half and half instrumentals and vocals… ”

There’s a launch show Sept 25th at the Tin, Coventry.