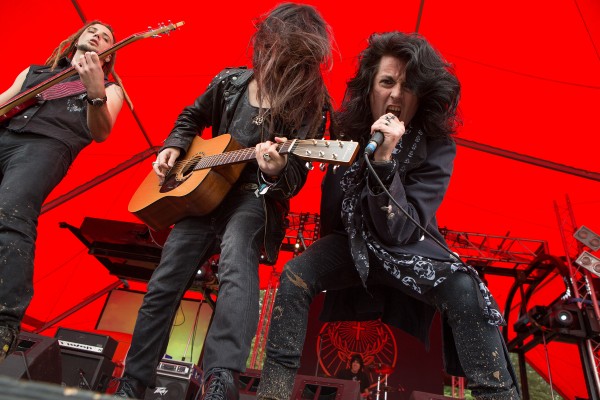 Neonfly. On a beach in Cyprus. With two gymnasts? Its a tough life, huh?

MVM’s fave melodic rockers, Neonfly have unveiled the video for ‘Better Angels’, shot on location in December 2014 on the beautiful coastline of South Western Cyprus, against the dramatic backdrop of the wreck of merchant vessel Edro III. Alongside the band, the video features the outstanding gymnastic talents of 2012’s Team GB Olympians Lynne Hutchison and Jade Faulkner, who were part of the Rhythmic Gymnast Team. The video showcases the stunning athleticism, grace, vivacity and poise of these awesome athletes, all subtly woven into the seascape narrative. Check it out here

Neonfly, who comprise Willy Norton on vocals, Frederick Thunder on guitars, Andy Midgley on guitars, Paul Miller on bass and Boris Le Gal on drums, have already carved out a formidable live reputation following a slew of eyebrow-raising high profile support slots with the likes of Alice Cooper, Magnum, H.E.A.T, and Dragonforce.