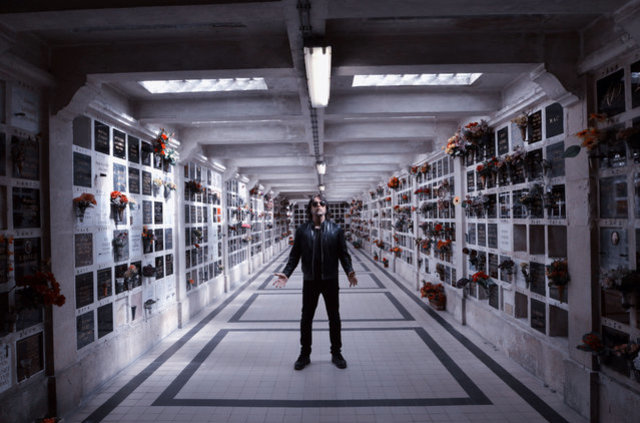 On April 7th, the selftitled debut album of THE DOOMSDAY KINGDOM will descend upon mankind and unveil eight haunting doom metal tracks with a pinch of NWOBHM.

Today, the band’s mastermind Leif Edling (CANDLEMASS, AVATARIUM) shows the fourth video blog, in which he speaks about the the very first live performance of the band happening next month at Roadburn – and how it feels to hold a bass in his hands again after a break of almost three years! Watch the clip here:

Digital Album: Pre-order ‘The Doomsday Kingdom‘ digitally and receive ‘A Spoonful Of Darkness’ and ‘Hand Of Hell‘ instantly or stream these songs: http://nblast.de/TDKIT

The band will play their first ever live performance together on the stage of the legendary Roadburn Festival in April, so be ready to dive into this new era of doom metal!